You’ve Been A Blue Belt For How Long?

This article was submitted through our  submission form

We’ve all heard the arguments for how long it should take, and the effort put forth, to move onto the next belt. This discipline is very demanding and stays true to origin of the ancient art’s, but there is another side to the story which may also be hurting the academies across the many nations. Not many talk about the tournaments they have gone to for years and see the guy with the same belt competing and winning. Not many talk about the one or two people they have in their own school that are seven year white belts. Is it that tough to move on? Has this person just not shown up enough to class to advance? In some places this may be the case, but in most it seems not to be. 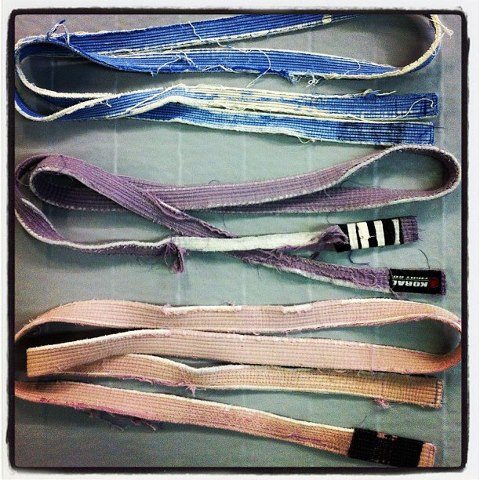 Now, I am sure a lot of schools with disagree with me and possibly get upset, but maybe even the instructor doesn’t know what is going on in his school. People who are addicted to a game don’t just practice between the hours of a certain time restricting the time they get to play. Most find a partner or group up to get some rolls in when the metaphorical arcade is closed. This advances people when they get to roll with more advanced people than themselves or get enough drills and practice with a partner in. I personally believe this is great and should be encouraged providing it’s a safe environment and you roll consciously of the other players safety. The problem begins when the player becomes more advanced and it either is unnoticed by the instructor because he/she is busy teaching, the player doesn’t ever take the exam to advance or in most cases the player doesn’t show up enough to the actual class, but is a constant with showing up just for the rolls or working on it outside of the academy.

The worry is that the new white belts might become discouraged from such things and stop coming. The hardest thing in a BJJ school is just keeping the students. A white belt comes in and is one of the special ones who is humble enough not to let his ego get in front of him, when it comes to rolling, because he is expecting this as a newb. After many months, and possibly a year, of training and things start to make more sense to the player as they advance in the school and knowledge. The player is happy for the most part, but there are a few people who are in his class that are of the same, or close, to the rank and seem to murder them every single time on the mats.

BJJ is about your own personal journey and not about anyone else, but a lot base their merits on what they’re capable of on the mats. Facing a four to seven, yes I have meet a seven year white belt, white belt is discouraging. It also sends the wrong message the white belt practitioner that maybe it does take certain people that long to advance and it’s just not worth the possible four to seven years it take just to advance one belt. Some people can work as a cashier in Wal-Mart for the rest of their lives and be satisfied, but those who practice BJJ aren’t satisfied just being the cashier and their only desire is to become manager. I mean, that’s the whole point isn’t it? To EARN your Black Beltch one day. 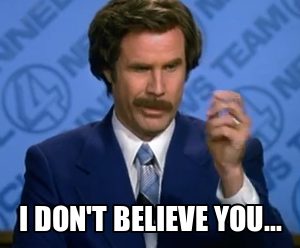 The other problem is those guys who slip through the cracks and remain a white or blue belt (sometimes purple) for years and clean up at every tourney they attend. They have the skills to equal a belt or two higher and run through you like a mac truck. This happens a lot in the younger age brackets because the kids cannot advance until they’re sixteen years of age. If this remains the rules then they should go ahead and say that you cannot start training BJJ until you’re sixteen years of age. Now, I personally think that is dumb and shouldn’t happen, but they should give, even the youngest of practitioners, the belts they deserve before sixteen. The younger bracket we understand can’t help what the rules are, but the older guys who have been belted the same for years should move up and move on.

New rules should be put in place for tourneys saying that the player can only compete so many years on each belt then they must wait until they advance again to compete or only compete in higher or open belt divisions until that time. I think this would even things out a lot more.

The post You’ve Been A Blue Belt For How Long? appeared first on Jiu-Jitsu Times.