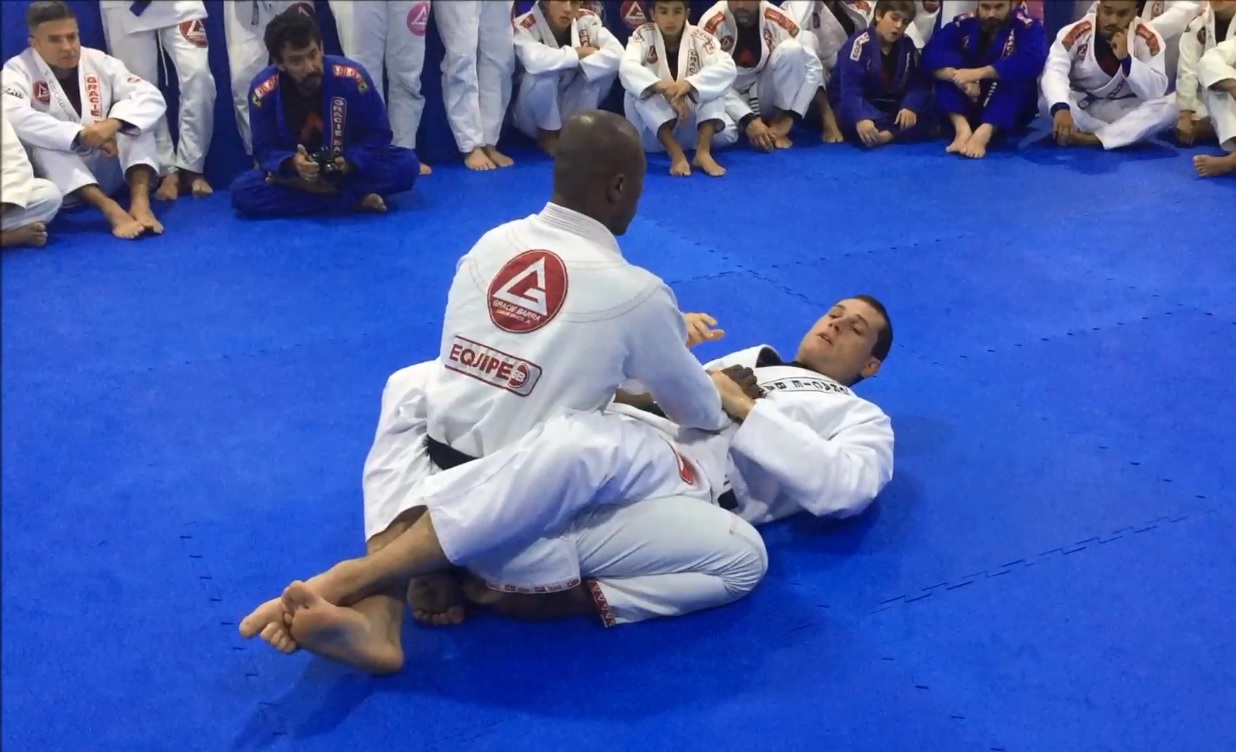 Learn from Roger Gracie the tricks to avoid losing the armbar

Roger Gracie was in Rio de Janeiro recently to wow the crowd at Gracie Pro and teach the world the value of the basics.

The ten-time world champion also paid a visit to his friend Kléber “Buiú” Paulino’s gym, in a much-sought-after seminar among Gracie Barra students.

As he taught his favorite armbar from the guard, Roger said he learned from a student how to make the position more uncomfortable by swapping the hand that goes on the collar, and showed the way in which he likes controlling an opponent’s posture.

Roger also showed how he uses his legs to prevent his opponent from freeing their arm, as well as other details that can probably add something to your jiu-jitsu. You can catch the lesson in this video.

The post Roger Gracie and the trick to not lose the armbar from closed guard first appeared on Graciemag.