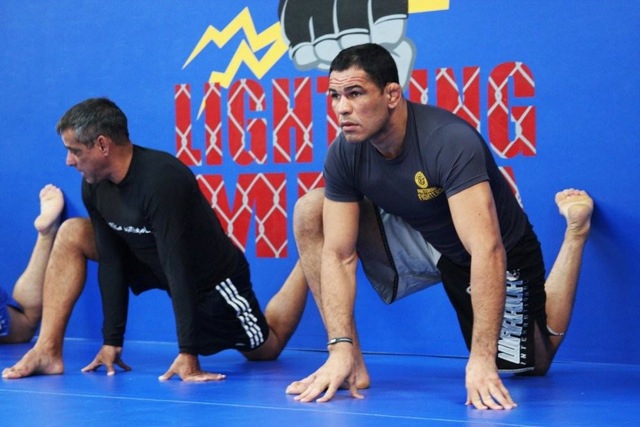 Rodrigo warming up before fight with Couture / Photo: Debora Serrano/publicity

While going through final preparations for UFC Rio, every detail counts on the path to victory. The seasoned Rodrigo Minotauro knows that, and early this week he made a phone call to San Diego, California, to bolster his ranks for the impending war.

And the reinforcement is on his way. “I’m heading to Brazil today. Minotauro called me to help him warm up for UFC Rio and in his final preparations,” said physical conditioning coach and GRACIEMAG columnist Alvaro Romano. The Jiu-Jitsu black belt led Vitor Belfort’s preparations, which were the subject of this month’s Ginástica Natural column in your favorite Jiu-Jitsu magazine.

“Ginástica Natural and the warmup I do on fight day are what make the fighter feel the difference,” said Romano, on his way to the airport.