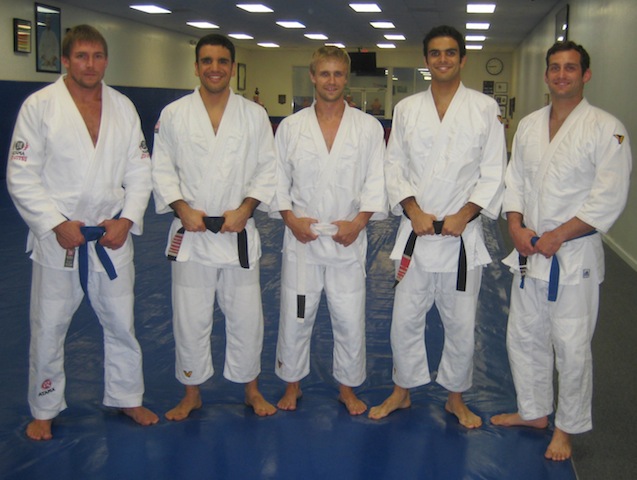 Martin Stepanek, one of the all-time greatest divers in the world, started practicing Jiu-Jitsu in North Miami Beach, at the basic class taught by Professor Pedro Valente of Gracie Miami.

Invited by two of the Valente brothers’ blue belts, experienced divers Brett Scaglione and Jared Schmelzer, Martin was impressed by the simplicity and effectiveness of Jiu-Jitsu. After class, the three superstars spoke of the similarities between the martial art and diving even while under water.

According to them, both activities are based on an extreme level of patience and the ability to remain calm under pressure. Too much pressure at times.

Among Martin Stepanek’s greatest accomplishments are the successive world records for static freediving he broke from 2001 to 2009. 11 records were broken, including staying underwater without breathing for 8:06min in 2001, and diving to a depth of 136m (446 feet) in 2005.

“It’s amazing what he has done. There really is an interesting connection with Jiu-Jitsu. I recommend readers watch the video below, and always remember: next time someone has you mounted, try and relax and wait for the right moment to escape,” says Gui Valente.