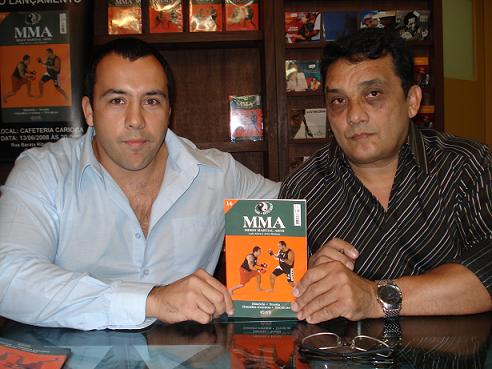 The trainer underwent surgery shortly thereafter and remains in an induced coma, under the effect of powerful sedatives. He is in stable condition, but precise information regarding the outlook will only be available after he is brought to consciousness, which should happen within the next 10 days.

An MMA coach, muay thai grandmaster and president of the Brazilian Muay Thai Confederation, Luiz Alves has produced such standout athletes as Rodrigo Minotauro and Rogerio Minotouro. He has also released two books in partnership with also-muay thai master Artur Mariano, one on MMA and the other muay thai.

Artur Mariano is watching his friend’s condition closely and asks everyone to continue praying.