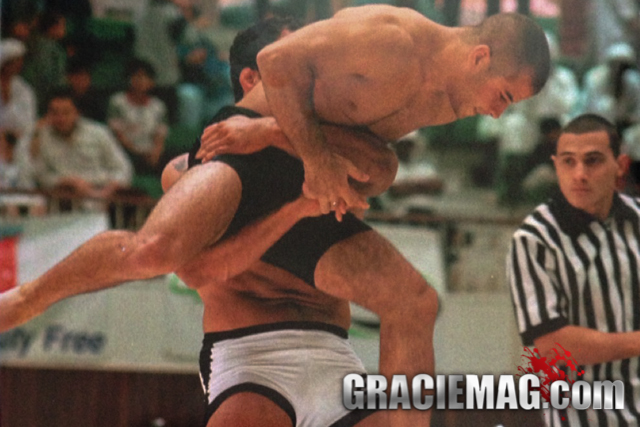 To kick off the year, today we’re remembering a classic that turned twenty years old not long ago: the match between the giant Mark Kerr and the unpredictable Leozinho Vieira at ADCC 2000.

After competing in the event’s lightest division, Leo went into the absolute to strengthen the Brazilian team in the running for the thousands of dollars set aside for first place. But right away, he came face to face with Mark Kerr, the mountainous American.

Leo’s strategy was to exhaust Kerr so that, later, Ricardo Almeida could have an easier time fighting the American. The duel, as remembered by Leo in the video below (an interview in Portuguese), was marked by Leo’s speed and escapes, causing Kerr to become irritated. Kerr didn’t win in the allotted time; he drew and later won by decision — but the fight went down in history.

Leo had accomplished his mission to tire the American, but Kerr managed to recover and return to the absolute, eventually securing the title.

Check out the fight below.

The post 20 years of a jiu-jitsu classic: Leo Vieira vs. Mark Kerr at ADCC 2000 first appeared on Graciemag.