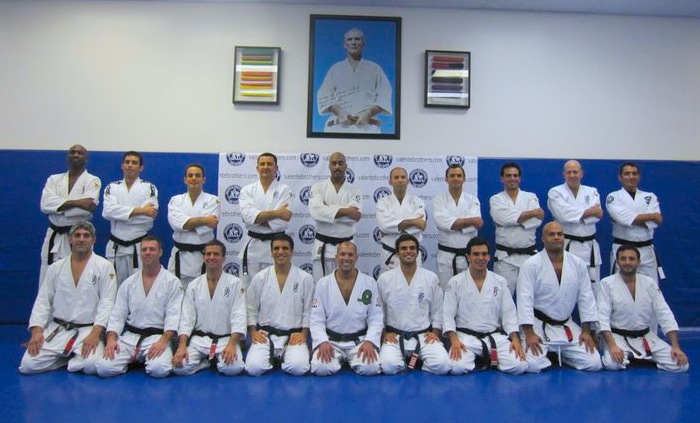 Last December 6 marked a grandiose promotion ceremony at Gracie Miami, with students and representatives from brothers Pedro and Gui Valente’s Florida headquarters and from the branches from Pembrook Pines, Fort Lauderdale, Guatemala, South Carolina, and Texas, as well as the Royce Gracie academy in Ecuador all present.

With the UFC pioneer in attendance, the diverse group of practitioners, young and old, was promoted to their new ranks, like Scott Penley, 71, who started training in 2009.

Also approved by Royce, a select group was promoted to black belt. They were: Paul Hansen, Jex Fontaine, Jack Walker, Calvin Carter, Eduardo Cambas, Roy Cantu, and Oliver Jordan, long-time practitioners who were observed throughout 2010 and tested in the requisites of technique, mental focus, emotional posture, and knowledge of Jiu-Jitsu history, its philosophy, and lifestyle.