The journalist who witnessed two “fights of the century” 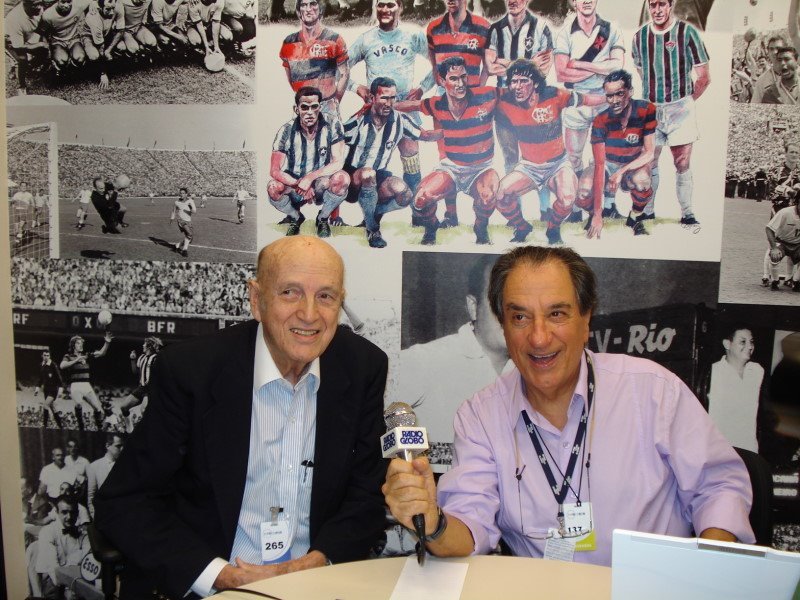 Having passed away last last month, journalist Luiz Mendes (1924-2011) was remembered by the entire Brazilian press for his service to soccer. But as a commentator he also dealt with fighting, way back when.

Luiz Mendes witnessed the epic Jiu-Jitsu battle between Helio Gracie and Masahiko Kimura in the Maracanã stadium, covering the event for Rádio Globo radio station. He also went all the way to Zaire to commentate in coverage of the boxing bout between then world champion George Foreman and challenger Muhammad Ali, as GRACIEMAG recounted in October 2004, seven years before the journalist’s death.

“It was a very evenly matched bout, but one where Ali was technically superior and that he clearly won, thus taking the world title. The people of Zaire were euphoric but not partisan, as more of them were cheering for Ali than for Foreman,” recalled Mendes, who went on to anchor a show on boxing for TV Rio network in the 1970s, called “TV Rio Ringue,” on which Léo Batista participated.

“When I got back to Brazil, I found the people here heaping praise on the new champion. At that time Brazilians were very interested in boxing. I personally cheered for Ali, out of sympathy,” said the late writer.