“Sure thing” for the absolute, Rafa trains with Kyra for ADCC 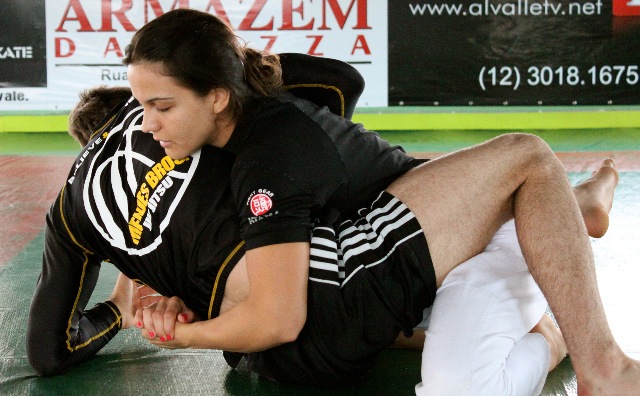 The Atos ADCC 2011 training camp in São José dos Campos, São Paulo state, was graced with an illustrious visitor. Kyra Gracie, another competitor to vie for top spot at the late September grappling tournament in Nottingham, showed up in São Paulo and spent a week training with Rafael and Guilherme Mendes and Claudio Calasans.

“Kyra will stay here till Friday, but I hope she comes back. It’s been an incredible experience. Swapping information with athletes from other academies is an important thing to do not just for our development as athletes but for Jiu-Jitsu as a whole,” remarked Rafa to GRACIEMAG.com. 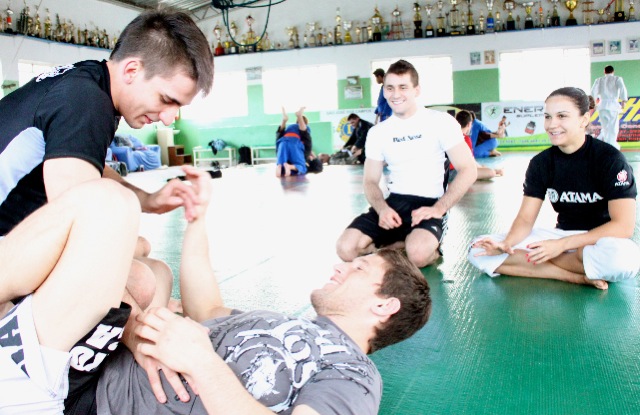 “We don’t have many girls on the team. There’s the black belt Bruna Ribeiro, but Kyra’s visit has taught us a lot not just technically but about female Jiu-Jitsu too. For example, they’re not prissy about things; ever since Kyra got here she’s been doing all the technical and physical training the men do. We’ve had 50 minutes of rolling, with 10 minutes of rolling to one minute of rest, but in the last 20 we simulate an ADCC final – it’s Jiu-Jitsu non-stop, no rest, and no points counted in the first 10 minutes. We’re going there to win,” he says, without his voice so much as wavering. 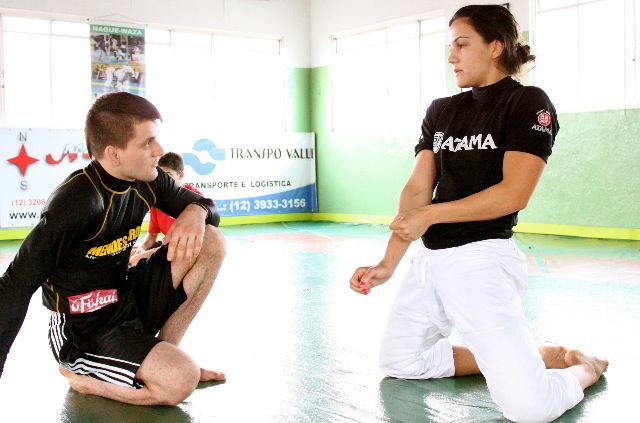 Rafa confirms his name is on the list for the absolute in England. “I’ve been aching to get at it against the big guys since 2009 but the final against Cobrinha lasted over 40 minutes; it was tiring. This year I spoke with the team and I’m in. I felt fine at the No-Gi World Pro, had that even match with Rodolfo, so I’m confident,” said the Atos featherweight in finishing. 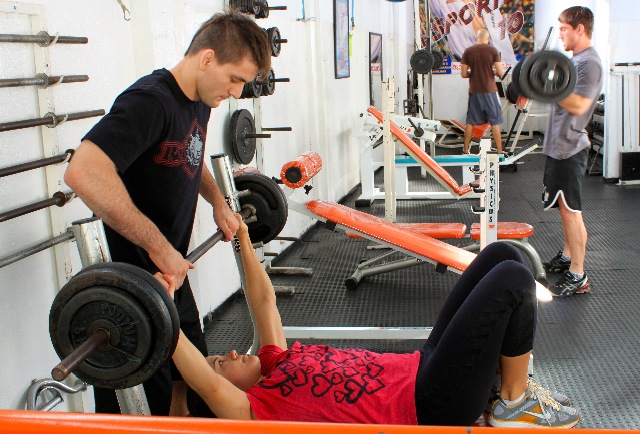