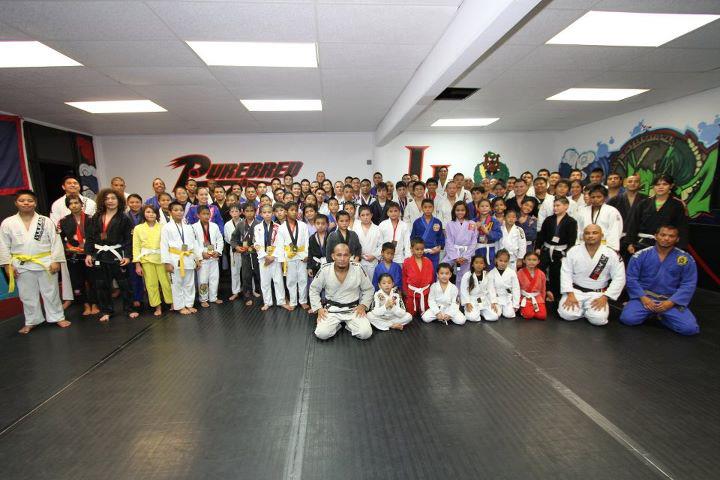 Congratulations are in order for our GMA member Stephen Roberto.

Last September 10, he celebrated the 15th anniversary of his presence in Guam.

Roberto wrote us about it: “Jiu-Jitsu has blessed us with so much over the years. It’s made us better as individuals and also as a community. The gym held a banquet for the members and we had a great open mat and team picture.”

Roberto took the opportunity to tell a story that ilustrates the good that the sense of community created by Jiu-Jitsu can do even at the hardest of times.

He tells us: “‘In the video you will notice that we had a belt promotion for my nephew David Benavente, 24. He was promoted to brown belt. Earlier this year his younger brother Christopher, a purple belt and active competitor, passed away due to an enlarged heart. It was devastating to us. He was only 22 years old. The brothers are so very close to each other and they started training at the same time under me. Training and having the support of the academy has helped us to get thru this trying time and I know Chris is proud of his brothers accomplishment.”

To know more, go to jiujitsusavedmylife.wordpress.com.