Renzo Gracie was in Rio de Janeiro this week. But not to train Jiu-Jitsu, work on his boxing with his friend and coach Claudinho Coelho or do physical prep work in Rio’s nature. Renzo was invited to a wedding.

He was not just any guest. Indeed, he was the best man of his uncle George, brother of Renzo’s mother.Saturday night in family for the UFC fighter.

Among his relatives most clued in to the MMA world, the chatter was about how seriously the Jiu-Jitsu professor living in New Jersey was taking his fight against Matt Hughes.

And, of course, father to the fighter Grandmaster Carlos Robson Gracie drew everyone’s attention with his storytelling.

The attention of the guests was also drawn to the dialogue between the great master, famous for his catch phrases while presenting the TV show “Heróis do Ringue” in the late 1990s, and Olympic medalist Canto.

Early Sunday morning Renzo was already on his way back to New York; he had a training session scheduled. 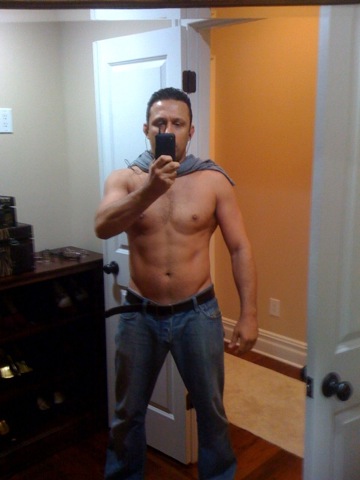 Renzo sent in this photo for GRACIEMAG.com readers