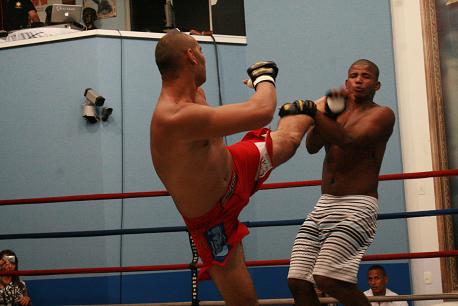 Coming up this coming August 5, Shooto Brazil 23 will take place in Brasília, and two-time UFC fighter Antonio Samuray will be vying for the promotional under-100kg title against Glover Teixeira.

Our collaborator Junior Samurai caught up with the fighter and checked out how the training that won him his last two fights and catapulted him to a title shot.

In the city of Fortaleza, where he trains at Dragon Fight/Nova União, the striker worked hard alongside aces like Carlos Índio, Maicon William, Maurilio Touro, Mario Pimba, André Galo and others. The Ceará state native took the time to teach GRACIEMAG.com readers the arm triangle in the video below: