Rafael Mendes and the fifth world title: “Every year that passes, my Jiu-Jitsu is more efficient!” 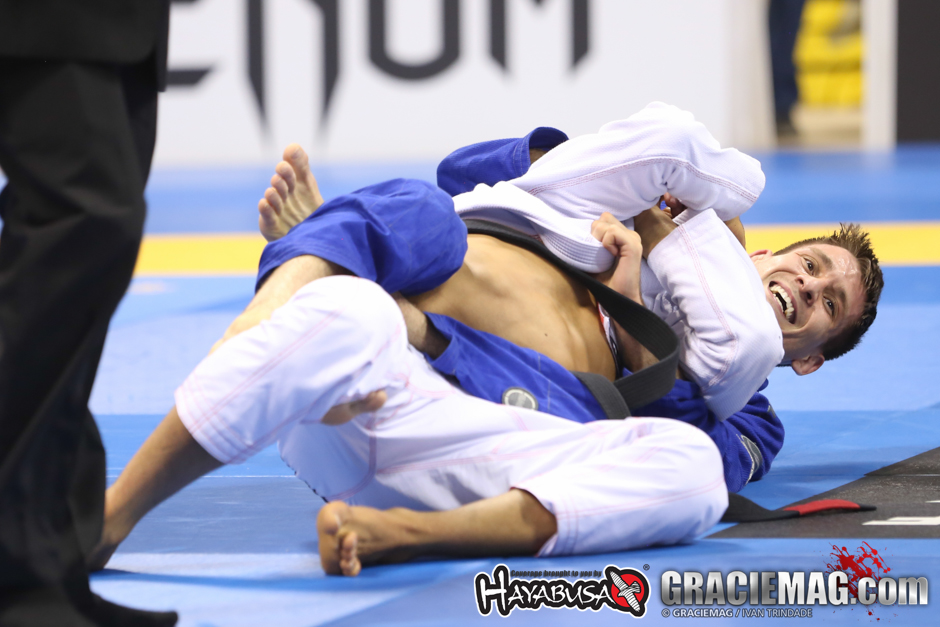 Rafael worked hard for the choke

Rafael Mendes had a whole week to think about what he did at the 2015 Worlds. Now the only five-time champion at the featherweight division, leaving Royler Gracie and Rubens Cobrinha behind with four titles a piece, the Mendes is still hungry for more. He talked with GRACIEMAG’s Vitor Freitas about it: “It’s not my time to say enough yet. I know that’s my natural path and that it’s going to happen someday, but I still have goals to achieve as a competitor.”

Looking back at the most important moment of his campaign at the Worlds, Rafa reveals what went missing for the choke from the back on Cobrinha to happen: “Maybe I didn’t pace myself enough and ended losing the position. Each year that goes by I feel my Jiu-Jitsu getting more and more efficient. I feel stronger, faster and with a more accurate technique. At the 2015 Worlds I played on top the whole time and passed everyone’s guard. Against Cobrinha, I attacked the whole time until I got to the back.”

Off the mats, Rafael’s life is also very much on the right tracks. “I’m so happy about how my life is shaping up to be. I’m 25 years old and I have five black belt world titles, my academy is getting the recognition it deserves and my second son is about to be born. I believe God has a purpose for all of us. We need to be a good influence on people’s lives and I try my best to be a good example for people around me.”

The post Rafael Mendes and the fifth world title: “Every year that passes, my Jiu-Jitsu is more efficient!” first appeared on Graciemag.