Mendes brothers out to take over America

After a brilliant campaign in Lisbon at the European Open 2011, brothers Rafael and Guilherme Mendes are now getting ready for the North American phase of the Jiu-Jitsu calendar. 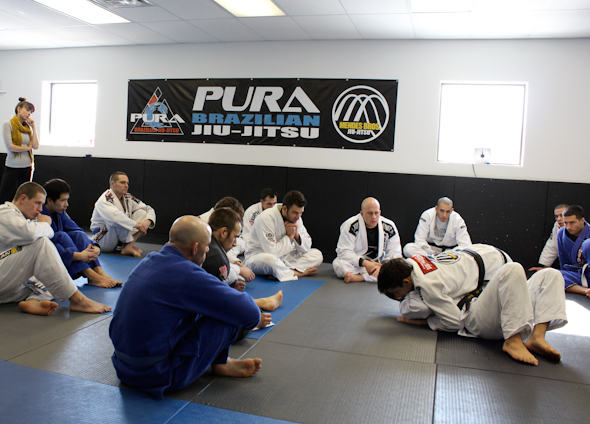 Hence there are in San Diego, California, where they are getting ready for the Pan and the Worlds, as they themselves report: “Next week we head off for the team’s training camp for the upcoming competitions. We’ll train together and everyone will stay in the same house. We decided to do it that way because André [Galvão] will compete this year. Everyone better be ready, he’s going to be on fire! We’ll have more than fifteen athletes going from Brazil to California. We already have our tickets.”

The second part of the Mendes’s strategy to increase the pair’s presence in North American starts in Hamilton, Canada. GMA PJ O’Sullivan, the leader of Pura BJJ, is now official the first affiliate of team Mendes Bros. The brothers address the partnership: “PJ has been doing an excellent job, we got to know his academy last year when we stayed there for a week teaching class. We made great friendships there and identified a lot with his method. All the students are at an excellent level, and that’s our aim: to have quality and not quantity! We set up the method so there’ll always be harmony, maintaining contact and the exchange of information, and we’ll always be around to help in the evolution of their Jiu-Jitsu. We’ll help to produce world champions from Canada!”

PJ too remarked about the partnership: “The week training with the Mendes’ was fantastic and the level of our students has already improved. I hope to uphold the standard in training that made Rafael and Guilherme so successful. It’s a true honor to represent them in Canada.”