Kade Ruotolo vs PJ Barch – the Best Grappling Match in 2022

Last year was full of amazing grappling matches, mainly due to the ADCC 2022 World Championship. It was in Las Vegas that the fight of the year took place (according to FloGrappling readers). Kade Ruotolo vs PJ Barch was an amazing battle.

The semi-final was huge. The fight lasted almost 9 minutes, during which time none of the grapplers gained a bigger advantage. Neither Kade nor PJ scored points during this fight. At the end of the match, Kade Ruotolo took the hand of the 10th Planet fighter and won a pass to the grand finals where he defeated Mica Galvao! 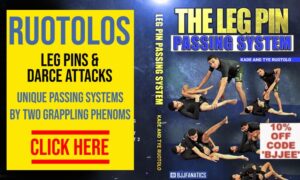