July heats up with grappling aces like Saulo and Rodolfo

The month of July is all set to heat up the Rio de Janeiro winter with two events already a mainstay on the IBJJF calendar. Coming up from the 21st to the 24th, the International Masters and Seniors and the Rio Open.

The big standouts in the Masters from 2010 were Saulo Ribeiro and Rodrigo Munduruca, both from Gracie Humaitá, having won their divisions and closed out the absolute. 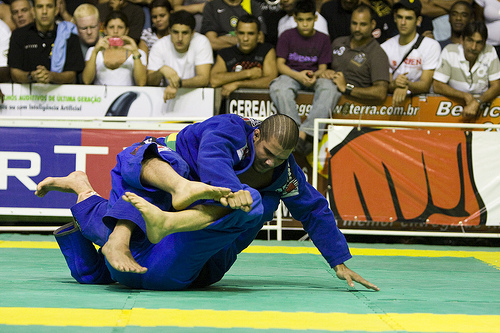 At the Rio Open, Rodolfo Vieira was the man, taking two gold medals, offering a teaser of what was to come later in the season.

Now among teams, Gracie Humaitá took top spot at the International Master, while Gracie Barra led the pack at the Rio Open.

Get in on yet another IBJJF event. Click here to sign up for the International Masters and Seniors and the Rio Open..