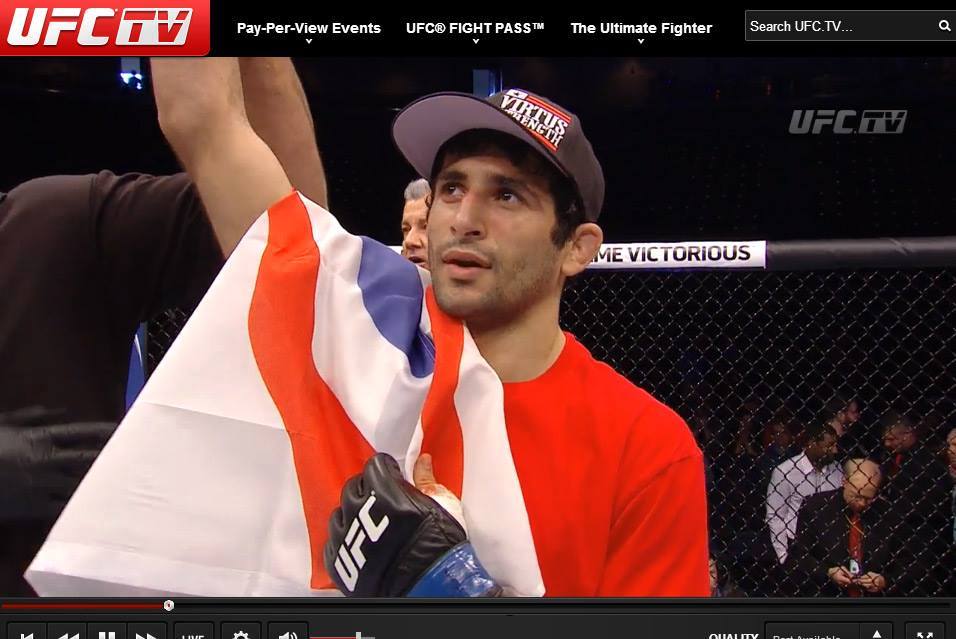 The Jiu-Jitsu community is congratulating another one of their black belts who has successfully represented the gentle art in MMA. Beneil Dariush, black belt at GMA Ralph Gracie OC, just won his UFC debut at 1:45 of the first round. His fight was the first on the preliminary card of UFC Fight Night 35: Rockhold vs. Philippou in Duluth, GA. His record remains undefeated, now 7-0-0.

Benny knocked his opponent Charlie Brenneman to the ground with a left hand and capitalized. He quickly adapted his game to the ground trapping the right arm of Brenneman while he landed punches from all sides. After securing the seat belt hold, Brenneman stood up and Benny sunk his second hook. A rear naked choke stopped the fight not long after.

This was Benny’s first fight in the UFC after filling for an injured fighter. Even after his opponent was changed as well in the last-minute match-up, he was still able to execute his plan using both muay thai and Jiu-Jitsu.

Check out the fight in this GIF: