Very few people can become world champions. I’m not saying that a practitioner, any practitioner, can’t put in the time and work to become a world champion, but statistically speaking most of us can never and will never achieve that. What you can do is gradually become unsubmittable.  I’m not saying that you or I (or anyone else) ever will achieve the end goal of being unsubmittable, no one is actually unsubmittable, but the goal itself is a valuable one.

Grappling/jiu jitsu is inherently limiting given the absence of strikes, so I’m not going to delve into the self defense implications of constant development of defenses, but the ability to negate other practitioners’ submission attempts can give one a tremendous amount of power. 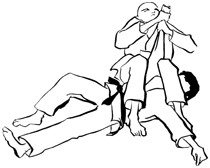 The difficulty of submissions is that they require precision, a submission is a very specific move, and thus it doesn’t take much to not get submitted. For example: a choke requires both carotid arteries be compressed, and if you can relieve pressure from one of the carotids the choke won’t work as well. Another example is the ever elusive Americana lock. If a person attempting the Americana is unable to isolate the arm being attacked the lock likely won’t work.

Becoming unsubmittable entails development of sensitivity to submissions, and understanding warning signs of specific submissions. You won’t always be faster than someone but as you improve so will your understanding of where you need to be or not be to avoid a submission and what your opponent or training partner will have to do in order to get there.

Being unsubmittable won’t win you most tournaments as it doesn’t mean that you’ll be able to score points, but what it does mean is that you’ll be free to develop the skills needed to better positions without worrying about the submission. Very often people who haven’t put much work into their submission defense are scared to open up their game out of fear of getting submitted.

As I’ve mentioned in other articles, the best way to improve and expand your jiu jitsu game is to explore bad 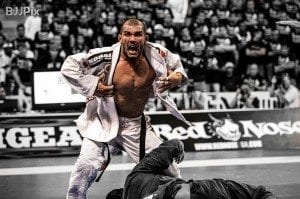 Taking it a step further, once you find yourself able too defend against someone’s submission attempts from everywhere, begin finding paths into advantageous positions or submissions of your own off of your defense. I find that people are most vulnerable when they are most confident, let someone think they’ve got you just where they want you until you’ve got them right where you want them.

Becoming unsubmittable is not trivial (and is fundamentally impossible.)  For starters, there will always be people who can still submit you. Find people who can submit you and make a point to roll with them, and then place yourself in their world and see if you can survive that world. The better you become at defending submissions, the more effective your jiu jitsu will become.