In this writer’s humble opinion, Colleen Schneider is the best 135 lb WMMA fighter outside of the UFC (you can argue that if you want, but you’re wrong). She has been the Super Fight League Flyweight and Bantamweight Champion, and even recently won the world championship in submission wrestling on behalf of Team USA Wrestling. Schneider was kind enough to agree to an interview with us despite being in the middle of a busy training camp preparing to fight Irene Aldana on the Invicta FC 11 card this month on February 27th. Here is what she had to say:

JJT: Just to start things off, could you tell us a little bit about how you got into MMA? 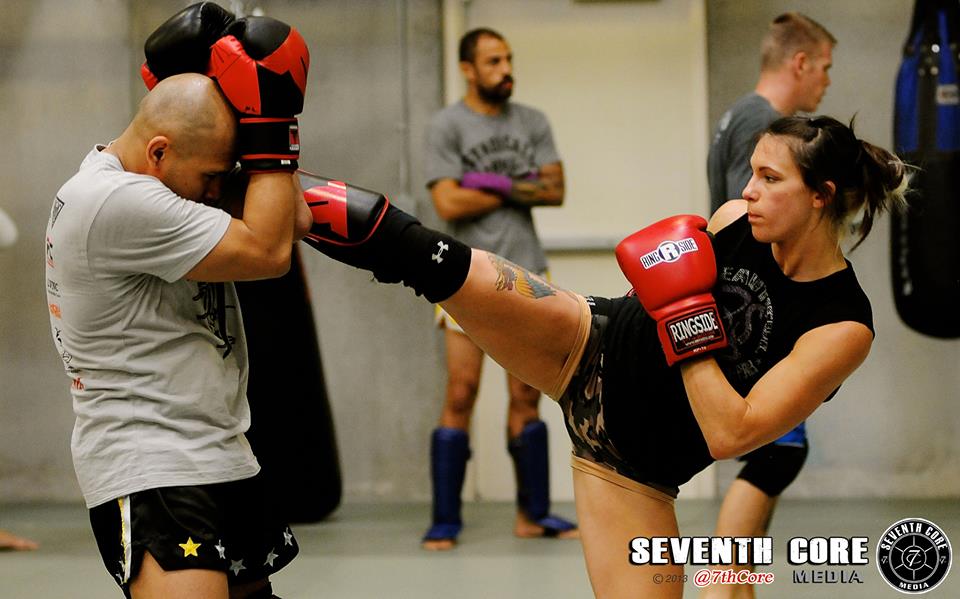 Schneider: I have always been an athlete, and in college competed in Taekwondo for UC Berkeley. Shortly after graduating I began training in San Shou and then MMA. MMA was a natural extension of my love for martial arts and athletics.

JJT: You graduated from UC Berkeley with a degree in physics. It’s one of the highest ranking public universities in the US. Did you ever consider taking a different path than the pursuit of martial arts? If so, what kept you going in the fight scene?

Schneider: I went to college set on doing astrophysics research, and with no intention of playing sports at all. I made it about a week into school before I realized I was going to go crazy without some serious physical outlet. I walked on to the crew team and rowed for Cal my freshman year. I continued with my education and degree, but ultimately it was MMA that I really felt drawn to. It is the most challenging thing I’ve ever done in my life; mentally, physically and emotionally. Because of that, it allows me the greatest potential for personal growth.

JJT: Not too long ago, you moved from training at Syndicate in Las Vegas to CSW in California. How has the change influenced your career?

Schneider: The move back to California was one of the best things I’ve done for my career. Besides preferring Cali far and away over Vegas as a home, the training here has really allowed me to grow as a fighter. Not within some set mold, but as an individual, playing to my unique strengths and talents.

JJT: Aside from MMA, you’ve also taken up competing in kickboxing, catch 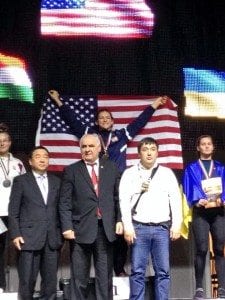 wrestling, and even won a world submission-wrestling tournament for Team USA Wrestling. What prompted you to expand your competitive pursuits?

Schneider: I love competition, in any form! All of these other avenues of combat sports have contributed to making me a better MMA fighter than I was without them.

JJT: Speaking of competitions, you recently tried out for The Ultimate Fighter 18. You lost an elimination bout to fellow teammate Shayna Baszler. How did the loss affect your training?

Schneider: That loss was the impetus for a lot of changes for me. I moved to California shortly after that, and now Shayna Baszler is actually one of my main training partners and a very good friend. I’d still rematch her though!

JJT: For you, what does a typical training camp for a fight look like?

JJT: What sort of strength and conditioning routines do you do in preparation?

Schneider: For this camp I’ve been doing a combination of sprints, olympic lifting, and mobility work. I do strength and conditioning three times a week in camp.

JJT: Recently you won a very one-sided fight against a tough opponent, Brenda Gonzales, to win the Super Fight League championship. Can you break down that experience for us? 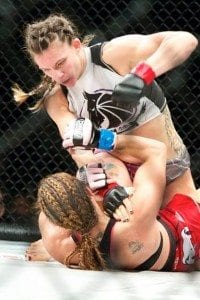 Schneider: That fight was a turning point for me. Mentally it’s the best that I’ve felt in a fight. I executed the game plan perfectly, and was able to completely stifle a very tough opponent. That’s not enough for me though, I want to finish all of my fights. I’ve been working to that end, and it will show.

JJT: You’ve got a fight coming up against Irene Aldana in Invicta this month. How are you expecting this to play out?

Schneider: Like a combination of Chutes & Ladders and Monopoly.

JJT: Anyone you’d like to give a shout out to?

Schneider: Huge thanks to my teammates and especially to Josh Barnett for all his work in coaching us. Thanks so much to my sponsors for taking care of me this fight, especially Newaza Apparel, Scramble, Cold Steel Knives, and Garden of Life. 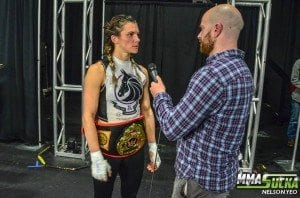 We wish Colleen the best of luck in her fight next friday. She is always an exciting fighter to watch, so be sure to tune in for her match. It will be streamed live on the UFC Fight Pass.