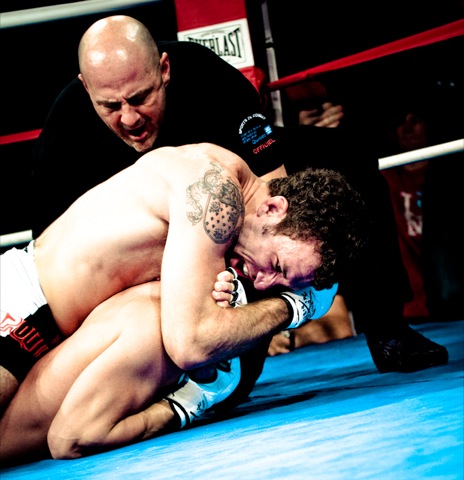 Igor in action, in a photo from his personal archive

“He’ll give us heart attacks like that,” thought Renzo Gracie this past 12th, from his post in the corner at Wreck MMA, while his cousin Igor went after Canada’s Chris “Matadoro” Vorano.

The fight lasted 1:50min, but they were moments that left Renzo without breath – and especially Chris Vorano, who was submitted with a choke.

Egged on by his brothers Rolles and Gregor from the corner, too, Igor landed a left hook that dropped Vorano on his rump. Igor took a second to follow up, giving the Canadian time to get up and land a kick square to the teacher living in New Jersey’s face.

“Did it get your nose?” Renzo would later ask. Laughing, Igor replied, “On the mouth, spot on.”

The 78kg Brazilian awoke with the strike, cinched the takedown and took the back, finishing the fight.

Another of the evening’s standouts was Sean Pierson, who knocked out Brazil’s Fabio Holanda, at the event benefitting military troops.

Check out the video of the fight:

Igor Gracie submitted Chris Vorano via rear-naked choke at at 1:50min of R1

Sean Pierson knocked out Fabio Holanda at 1:41min of R1