Glover vs Jeff Monson and Buscape at Bitetti Combat 6 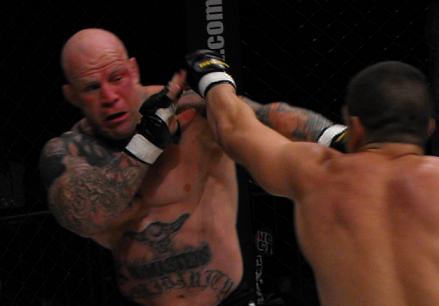 The matchup was supposed to have taken place at Bitetti Combat 5, in Barueri, São Paulo. However, Jeff Monson was unable to leave the United States due to visa complications. Thus, on the occasion, Glover Teixeira was left opponentless. That just served as fodder for fighter, who will finally get his shot at Monson at Bitetti Combat 6, to take place February 25, in Brasilia.

“It’s confirmed. We set it up with Jeff’s manager, Alex Davis, and he’ll be in the event. It will be a great fight. Glover was dying to face him in São Paulo and the fact the fight was postponed just increased his desire to fight, says event promoter Fernando Miranda.

Beyond that, another beast with international experience is confirmed. Luiz “Buscape” Firmino, who has fought in such events as Pride, Dream and Shine, is set to figure on the February card.

“Buscape is another international level athlete to grace the card. We’ll announce his opponent later this week. It will be a fighter from Brasilia,” says Bitetti.

Check out the card as it stands (subject to change)