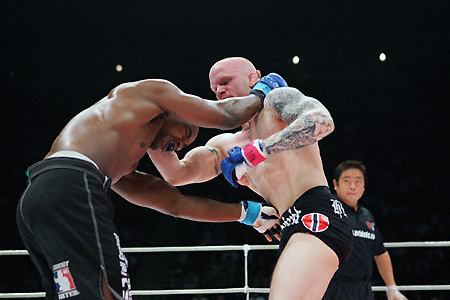 The possibility of the match being made was mentioned on GRACIEMAG.com this week, but now it’s official. The organizers of Dream confirmed the showdown between Jiu-Jitsu black belt Bibiano Fernandes and Joachim Hansen for the organization’s featherweight title. The fight will take place at the 13th installment of the event, to take place in March, at the Yokohama Arena.

Hansen, considered one of the top lightweights in worldwide MMA, will drop weight divisions for the challenge. The fighter, who is coming off a loss to Shinya Aoki  at Dream 11, holds wins over beasts like Shinya Aoki and Gesias Cavalcante.

Now Bibiano is coming off a five-fight winning streak. In 2009, the fighter won the organization’s featherweight grand prix. Another fighter to feature on the card is Ryo Chonan.