Cyborg faces Diaz on card with Roger and Jacaré 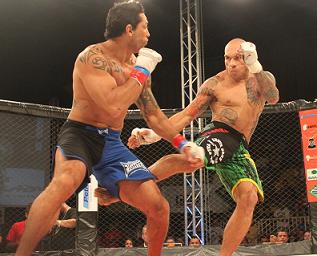 Following back-to-back wins, the latest a knockout over Marius Zaromskis, Evangelista Cyborg will get a shot at the Strikeforce welterweight belt. The bout is set for January 29 in San Jose, California, against Cesar Gracie black belt Nick Diaz, who is riding an eight-fight win streak.

The same event will also define the futures of others in the organization. Middleweight champion Ronaldo Jacaré will put his belt on the line against Robbie Lawler, while Roger Gracie returns to the cage against Trevor Prangley.

Check out how the card stands as of now: