Could Pride FC be returning to the MMA scene? Here’s what we know 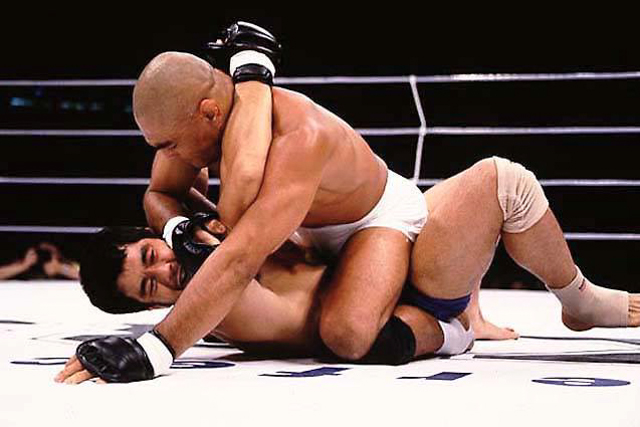 If you started following MMA after 2007, you haven’t experience the thrills of Pride FC.

From 1997 to 2007, the Japanese promotion was the main force in mixed martial arts and its demise left millions of fans feeling like the end of the world.

To this day, eight years after the company was sold to Zuffa, you can easily find in any MMA foum people saying the UFC in its geatest days will never compare to Pride.

In their defense, it’s fair to say Pride still holds the record for MMA event with the largest attendance, the August, 2002 Pride/K1 Shockwave/Dynamite, which drew over 91,000 people to the Tokyo National Soccer Stadium.

Pride had an integral role in making MMA popular with its GP tournaments where fighters would compete two or three times in one night. Could you imagine the UFC doing something like that nowadays?

Anyway, It’s all in the past now, but once in a while rumors surface that it may be coming back.

The latest one comes from the Japanese press, which says former Pride President Nobuyuki Sakakibara is making a move to return to MMA after spending the last years as the owner of a soccer team in Japan.

Reports say he started a legal battle with Zuffa to regain control of the Pride brand. Even if he can’t get the name back, the Japanese press says Sakakibara already has a big partner to fund the launch of a new MMA promotion.

The partner would be Bellator MMA’s President, Scott Coker, which was once an executive for K-1 and Strikeforce.

Last April, Coker confirmed to MMAjunkie.com that a contact from Sakakibara did take place: “He asked if we could help.”

Other clues came from big names within the sport.

Randy Couture twitted that there are big MMA events being planned in Japan for the near future.

Wanderlei Silva celebrated online that the “UFC monopoly” is about to end.

Jiu-Jitsu superstar Gabi Garcia confirmed to GRACIEMAG that her MMA debut will take place in Japan, at the end of the year, against a chinese judoka.

Gabi would not release the name of the promotion, but said it’s a dig deal.

So, all we can do is wait. As soon as we know more, our readers will know as well.

The post Could Pride FC be returning to the MMA scene? Here’s what we know first appeared on Graciemag.