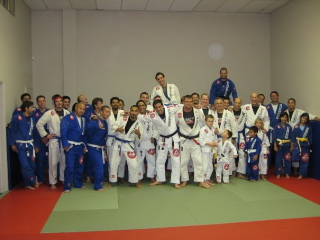 Owner and Professor Rodrigo Clark, remembers how much he enjoyed his belt ceremonies from the past, “Traditionally, we always had a belt ceremony in Brasil. As a student, back in the day, I always felt it was a really cool idea. It was a nice concept because people came to the ceremony to show support and friendship to those getting their new belts. We all trained together everyday and we depended on each other, so it was an honor to be there.” 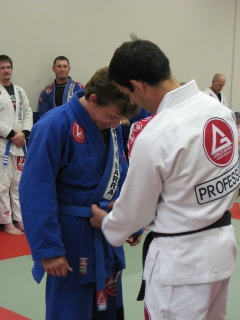 Clark says that there was a lot of good energy around GBSB last weekend and that his students really enjoyed the party, “They loved it! A new belt, plus the chance to celebrate another year on the mats with your training partners…who could ask for more?”  Clark says, “It was a very family-friendly day. Like all belt promotions, these ceremonies promote the fact that students have to train harder and show improvement to get their new belts. They know we expected them to show up and train, so when they received their belts at the ceremony, they knew they really earned them.” 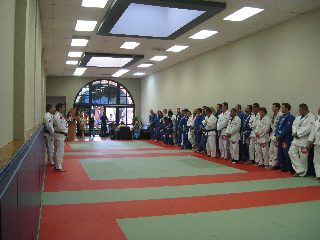 This year 14 students received new belts: One new brown belt, nine new blue belts and four little champs promoted to white/yellow belt. Clark says he and his students had a lot of fun at the celebration, “It was wonderful to see everyone gathered here. It was really cool and everybody had a great time. This is what GB is all about – organized like a team and fighting like a family. I’m really looking forward to the next one.” 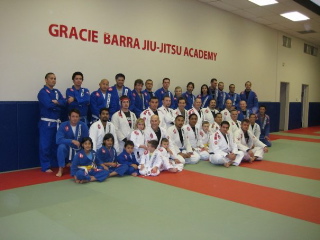