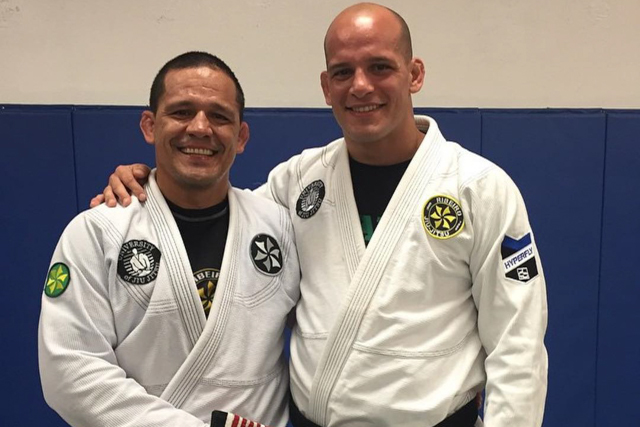 The ceremony took place last night at University of Jiu-Jitsu, in San Diego.

Saulo Ribeiro was responsible for awarding Xande with the 4th degree.

Xande wrote about it on his Facebook page: “That time has came, 14 years of black belt, exactly March of 2001 my journey has started, and how amazing this trip has been. Thank you everybody that have been part of this, my family, students and opponents and every single one of you that has shared the mats with me.”

GRACIEMAG celebrates the achievement and takes the opportunity to highlight some of Xande’s technique.

First, let’s learn his take on the choke from the back.

Now, watch as Xande gives a thorough explanation on the key points for side control.