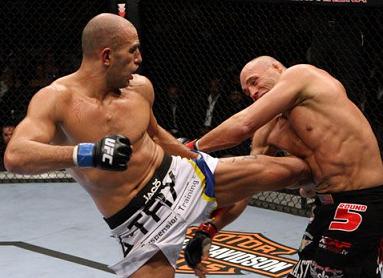 Coming off a dubious loss to Randy Couture at UFC 105, Brandon Vera prepares himself to face Jon Jones at the UFC on Versus event March 21. In an exclusive interview with NOCAUTE magazine, Vera spoke about the fight among other things. Check out part of the interview with Mike Fowler’s training partner to our Nalty Jr:

What do you have to say about the Couture fight? A lot of people felt the outcome was unfair.

In my opinion, I won that fight. After the result, I started thinking about the strategy of keeping the fight standing the whole time. Truth is, not many people know that my Jiu-Jitsu is really good. I’m world-champion level. I haven’t shown the world my Jiu-Jitsu yet, just for the fact that I want to keep the fight standing and because I’m good at defending takedowns. But, after this fight, I started thinking, ‘what would be the problem with fighting some on the ground and using my Jiu-Jitsu more?’

There are those who say Jon Jones has the best takedowns in MMA. What do you think of him as a fighter?

I’m not even thinking about his takedowns. He’s an excellent fighter with many different qualities. I like his standing game. I hope he uses his boxing in this fight. I’d love to stand and trade with him and see if he can handle the pressure.