Behind the scenes of a cover without borders

This month’s GRACIEMAG cover was produced in Europe, during a seminar tour with the Valente brothers. Pedro, Guilherme and Joaquim traveled to Monaco and the South of France, where… Well, we’ll let them tell it themselves. 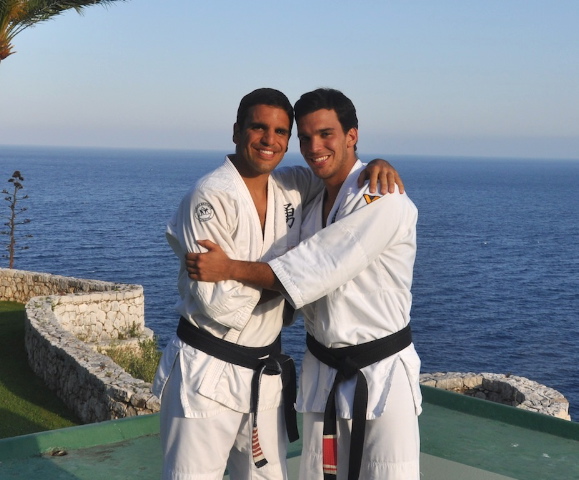 “We had a very positive experience in the South of France,” Gui begins. “Our trip to St. Tropez and Monaco was 100% dedicated to Jiu-Jitsu. As you know, my brothers and I completed Grandmaster Helio Gracie’s Instructors Course. In the course, among other things, we learned the art of teaching therapeutic Jiu-Jitsu, of which one of its main aims is to improve students’ physical and mental quality of life. For some time now, we’ve been coming up with great results in this field, and we’re getting more and more invitations to teach courses on the matter.”

So many invitations have been coming in that Helio Gracie’s Jiu-Jitsu even made it to a tiny island in the Caribbean. “Before this latest trip, to the South of France and Monaco, my brothers and I spent almost a year taking turns traveling to an island in the Caribbean. There, we taught Jiu-Jitsu techniques and philosophy to a student and his family. These and other experiences we’ve had just go to show the effectiveness of Carlos and Helio Gracie’s practice and philosophy, which makes our Jiu-Jitsu – based on self-defense – effectively without borders, as the cover on the latest issue of GRACIEMAG puts it. 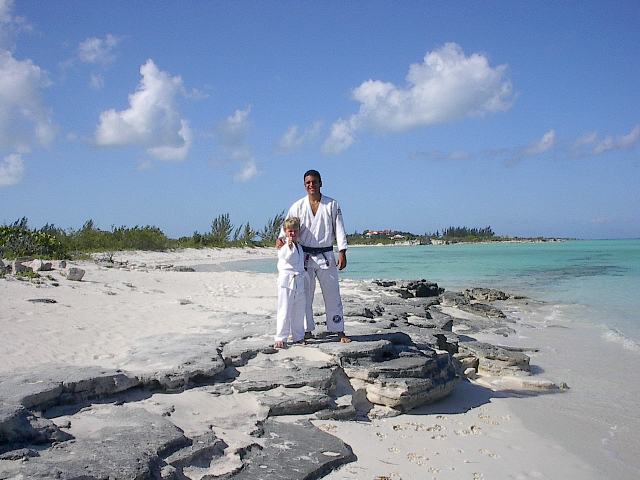 Pedrinho Valente in Turks and Caicos

“The cover came out beautifully, and it was an honor to our academy and the whole Valente family,” says Gui Valente,” The photo turned out to be a fitting tribute to our Grandmaster Helio Gracie. The technique Pedro is using to throw Joaquim is for defending the choke from behind, from the ingenious self-defense program of Helio Gracie that we use in our academies.