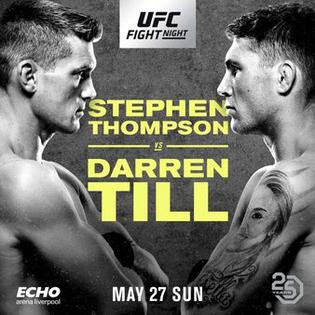 UFC Fight Night 130 took place today Sunday, May 27th, from the Echo Arena in Liverpool, England. The main was a welterweight bout Stephen Thompson and Darren Till.