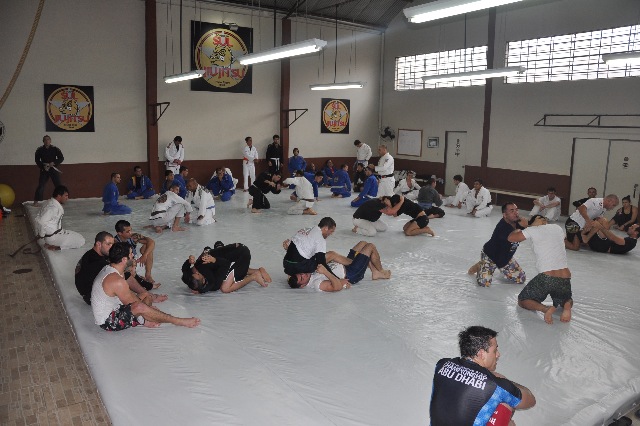 Where on the Sul dojo is Sperry? Publicity photo.

One month from his 45th birthday, José Mario Sperry is firing on all cylinders. Focused on training for his upcoming challenge at ADCC 2011, where he’ll partake in a superclassic matchup against Renzo Gracie, the fighter commonly known as “Zé Machine” still lives up to his name, as our collaborator Mohamad Jehad, a black belt from Sul Jiu-Jitsu, witnessed first hand.

On Tuesday, bogged down with work commitments that took him from Rio de Janeiro, where he lives, to Rio Grande do Sul, Zé Mario managed to come up with the time and energy for a burly training session at Sul Jiu-Jitsu academy, the team he founded along with Walter Mattos in 1994.

Sperry has been dividing his time between work and training. In late July he was in Abu Dhabi for meetings but trained with Sheikh Tahnoon bin Zayed every day of the week. Not even the length or intensity of these trips can sway his focus from No-Gi Jiu-Jitsu training.

“Zé arrived at the airport at 10am, had a meeting at 11, and by noon he was on the mat rolling,” said Sul JJ leader Fernando Paradeda. “He came up against a temperature difference of over 10 degrees and still steamrolled the kids.” From the look of it, we have an unforgettable ADCC 2011 in store for us in England. 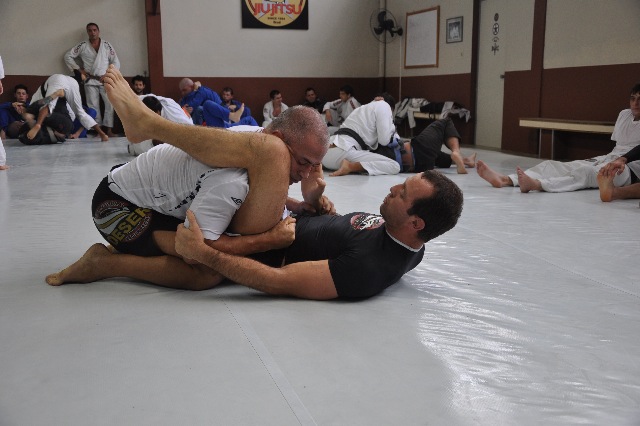