When the ladies tap out stereotypes 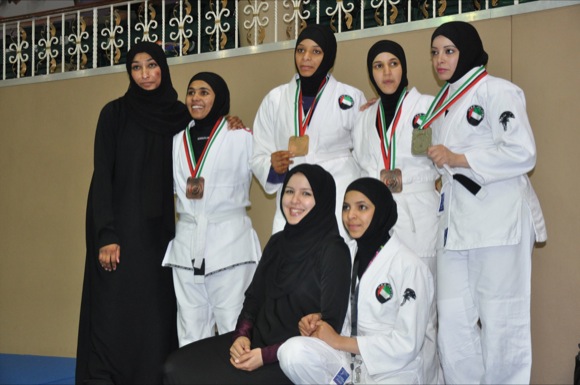 Female participation is quite commonplace at Jiu-Jitsu tournaments. In ever greater numbers, fighter girls put on a show all their own and lend further beauty to the gentle art. At any given championship or academy, the environment becomes less course and the mood, lighter. That’s all quite ordinary when in the USA or Brazil, but in the Middle East, no one was expecting it. At least not so soon.

When we found out, here in Abu Dhabi, that the project implanting Jiu-Jitsu in schools would also include girls, we weren’t just surprised. I must confess, we were unconvinced it would succeed. Of course we knew how capable were the female teachers hired, but teaching grappling in a region like the Gulf was hard enough for the boys, imagine the girls.

Today, all the girls’ schools in the project have keenly accepted Jiu-Jitsu. In February there was the first girls’-school competition, and on March 4 we witnessed a major female showing at the Emirates Cup. More than half the girls there competed wearing a hijab, a Muslim head dress covering the hair, proving how sport and tradition can go hand in hand.

After the tournament, broadcast live across the Emirates, several of our “girl warriors” received telephone calls from their family and friends, congratulating them on their participation. Or in other words, it was proof of family support and social regard.

Now we await the World Pro, in April, where the valiant ladies promise to show that, as far as Jiu-Jitsu is concerned, they are going to carry on tapping out stereotypes. Congratulations on your day yesterday, ladies.