Wand promises to kill or be killed on “debut” 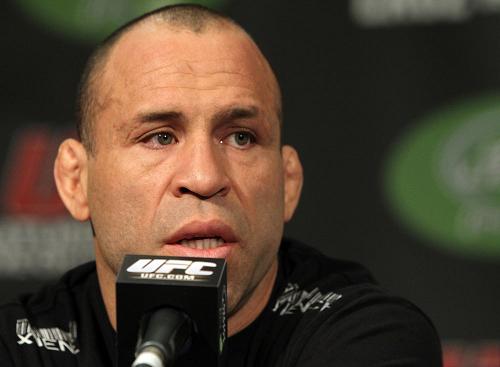 The last time Wanderlei Silva stepped into the octagon was on February 20, 2010 in Australia, where he beat Michael Bisping by unanimous decision. The lengthy layoff is the reason Wanderlei Silva is foaming at the mouth to enter the scene at UFC 132 this Saturday, when he takes on Chris Leben.

“I miss my fans; I miss the public; I miss the emotion that fighting provides. I’ve never been away for so long and I’m really excited to get back to fighting. To me it’s like I’m making my debut all over again, but I get to make my debut at the UFC!” says Wand in an article on the official UFC website.

The “Axe Murderer” is also excited about the fact he’ll be fighting in Las Vegas, where he and his family now live and where he runs his own academy.

“I think I’ll start crying. I’ll be among my public, who give me energy and motivation. For someone to beat me in the octagon in a real fight, he’ll have to kill me, because I’m going to kill or be killed. There’s no middle ground.”

On his opponent, as everyone expects, Wand sees the makings of an explosive encounter.

“Chris Leben fights like I do and has a style like mine, and I’m happy not to have created, but to have influenced. Every time you see somebody fighting all out, giving his all without being afraid to lose, you say: ‘This guy fights like Wanderlei Silva!’ Fighting like that sometimes you win, sometimes you lose, but you always make the fans happy.”

In preparing for the showdown, Wanderlei Silva trained with Rafael Cordeiro, like back in the old days of Chute Boxe.

“Cordeiro is an incredible trainer and has a unique system. Shogun trained with him from white to black belt in Brazil; he’s a pure Cordeiro student. I’ve been training with him since I was 17, and he’s great. I love his system, love the energy he adds to training, and I love his talent. He knows how to guide us to victory,” says Wanderlei.

And for anyone thinking the superstar doesn’t have designs on the divisional belt:

“If I have a good performance I’ll be back in the fight for the title. That’s what I want, but I can’t talk about that now because I have to put in a good performance. If I have one, I know the boss will give me a shot,” says Wanderlei in the article in closing.