Videos: Watch the return of Tim Spriggs to competition 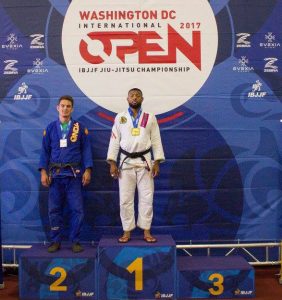 After taking a bit of a hiatus from the competition scene, top black-belt prospect Tim Spriggs made his return at the IBJJF Washington, D.C. Open this past weekend. Spriggs doesn’t seem to have missed a step while away from the sport, as he managed to get the finish in his weight division and open class matches. He took home gold at the super-heavy division and closed out the open class with his teammate Mahamed Aly.

Watch the videos of his super-heavy final and 0pen class semifinal matches below.

The post Videos: Watch the return of Tim Spriggs to competition first appeared on Graciemag.