Videos: Watch José Aldo in the gi at the International Master 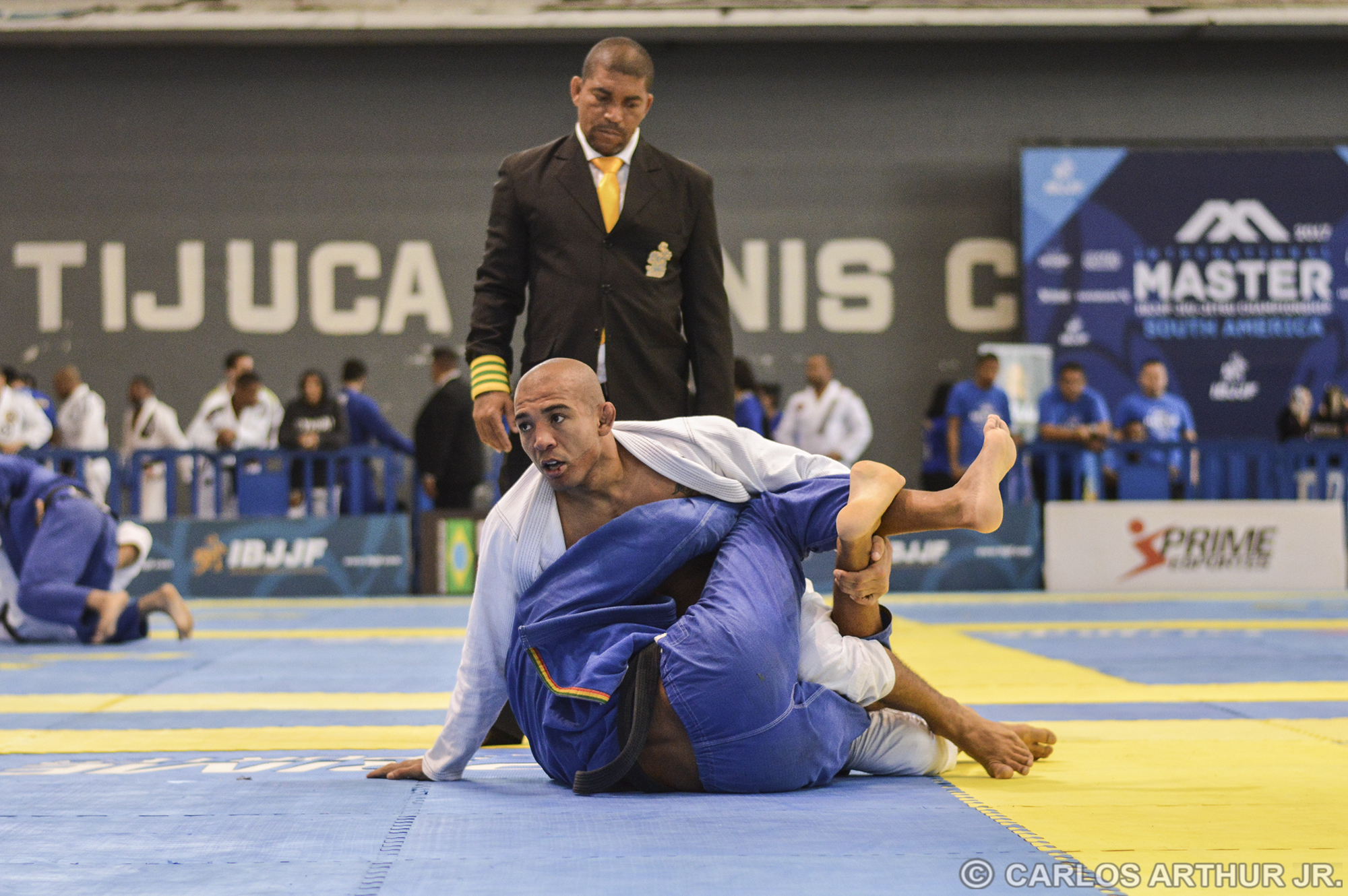 Aldo returns to the mats in style. Carlos Arthur Jr.

A packed Tijuca Tennis Club in Rio. Among veterans vying for gold at the IBJJF’s International Master on the 29th, somebody grabbed people’s attention. In a white gi with a Nova União patch on it, José Aldo mixed in with the other athletes to fight in the master-1 lightweight division, with five matches between him and the gold medal.

First he fought Thiago Mariano (Infight). With pressure in the takedown shots, the former UFC champion won by two advantages — one for the half-guard and the other for a sweep attempt.

His second match was against Marcos Oliveira (Pitbull). Plenty of action in this one, with Aldo working hard to get on the side but ending up with a win by 5 advantages.

Aldo’s third fight was against Antônio Crivelari (Checkmat) in the quarterfinals. This time he was unable to impose his game, however. Even fighting well stood up, with quick takedown shots and a sweep attempt towards the end, Aldo lost on advantages, 3-1.

With all said and done, it was Guilherme Iunes of Gracie Barra Recreio who took the title by beating Crivelari in a semifinal and then Vagner Azevedo (Checkmat) in the final.

The post Videos: Watch José Aldo in the gi at the International Master first appeared on Graciemag.