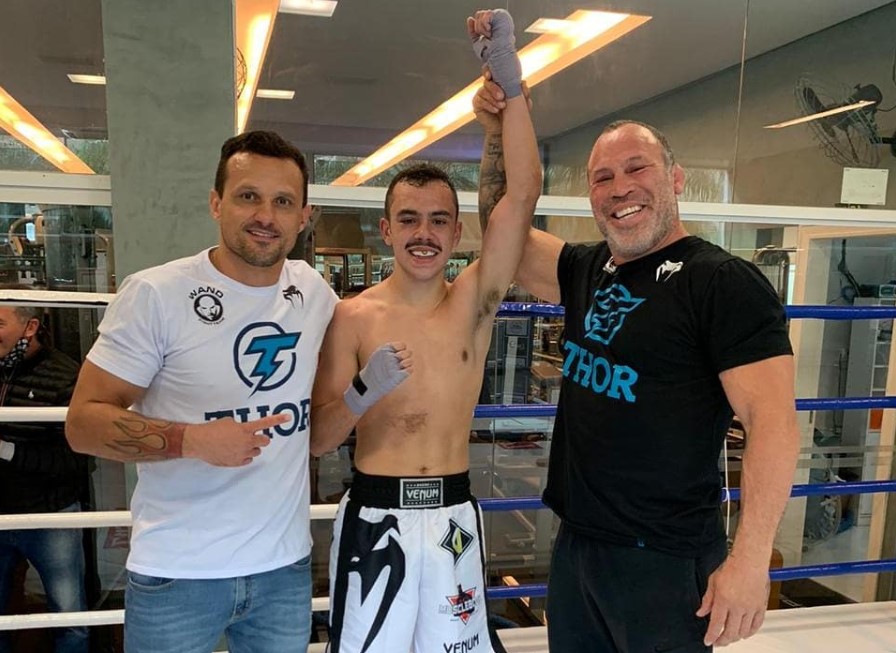 André Dida, Thor and Wanderlei after the fight.

Wanderlei Silva, the Brazilian MMA hero from the aughts, has a brand-new reason to be proud. On Saturday, Aug. 22, his 17-year-old son Thor made his debut in amateur boxing at a Venum Private Fight event.

Displaying an aggressive style, Thor won by decision after three three-minute rounds. You can watch the fight below.