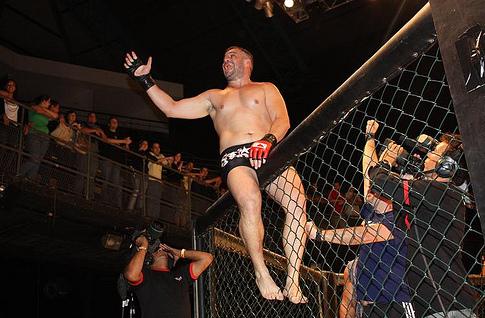 UFC 120 set up shop in England this Saturday, and opened with a big win from Brazil’s Fabio Maldonado, making his promotional debut.

The boxing specialist stuck with his roots. With Thiago Tavares in his corner, Maldonado knocked out local boy James McSweeney in the opening fight of the card. The win came at 0.48 minutes of the third round. With the result, the Brazilian makes it to the eighteenth win on his record, which also counts three losses.

Check out the complete results from UFC 120: