The Greatest Brothers In Martial Arts

Professional fighting is undoubtedly one of the toughest sports in the world. Fighters go through hours and hours of grueling training for months on end and put their bodies on the line in a fight for pride, wealth, recognition, and glory. And with such a difficult task at hand, it certainly doesn’t hurt to have some fighting genes running in your family.

Over the years, many brothers in boxing, Muay Thai, Brazilian Jiu-Jitsu, and MMA have proven that being part of a family culture of martial arts and combat sports can go a long way in crafting the perfect fighting machine.

Today, Evolve Daily takes a look at some of the greatest brothers in martial arts:

Vitali and Wladimir Klitschko, both boxing world champions in the heavyweight division, have amassed a combined professional boxing record of 109 wins (94 KO’s), including 44 world title fights. Although Vitali retired in 2013 to enter politics, the younger Wladimir continues to fight for world titles against the greatest boxers on the planet. 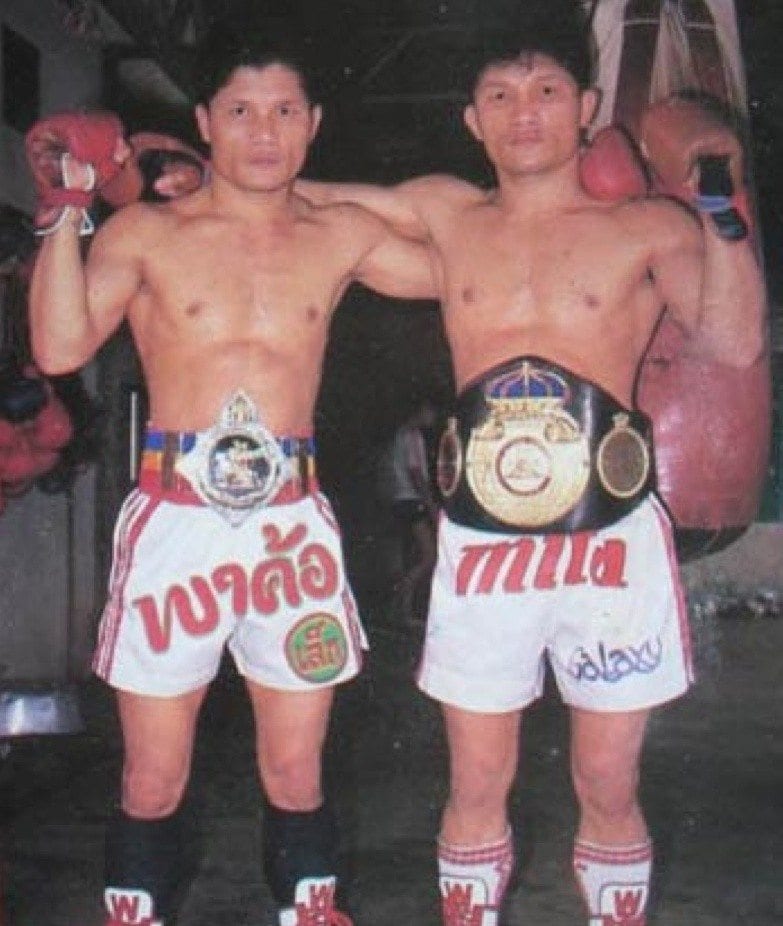 Twin brothers and Boxing World Champions Kaokhor and Khaosai Galaxy both started their fighting careers in Muay Thai. Later on, they moved onto professional boxing where they became the first twins to become WBA title holders. Khaosai was known for his vicious left hand which got him ranked as #19 on Ring Magazine’s list of the 100 greatest punchers of all time.

Possibly the most famous siblings in Muay Thai history, Samart and Kongtoranee Payakaroon are legends in their own right. Two-time Fighter Of The Year awardee Kongtoranee is responsible for his brother’s interest in Muay Thai. At 7 years old, Samart started training Muay Thai under the influence of his older brother and went on to become one of the greatest Muay Thai fighters of all time. As a dual-sport champion, Samart was named the Muay Thai Fighter Of The Year three times and won a WBC Boxing World Championship.

Jaroenthong and Samranthong Kietbanchong were born into a family of boxers in the south of Thailand. Jaroenthong is most notably known for winning two Lumpinee titles in different weight classes, defeating the legendary Ramon Dekkers in the process. His younger brother Samranthong was also a Lumpinee and Rajadamnern champion.

Rafael and Guilherme Mendes are two of the most talented BJJ athletes in the sport today. Known for their dynamic and highly technical style of BJJ, the brothers have won the highest levels of competition, beating some of the most legendary competitors such as Cobrinha Charles, Robson Moura, and Leonardo Vieira. Today, both brothers run the famed BJJ academy Art Of Jiu-Jitsu in California.

Twin brothers Paulo and Joao Miyao are known for their incredible story, surpassing insurmountable odds to becoming BJJ World Champions. They started their BJJ journey at 14 years old and at 19, moved to Cicero Costha’s social project in Sao Paulo to train BJJ full-time. The brothers are known for winning every major BJJ tournament from blue to brown belt, and for competing in the open weight divisions, despite their size. They are also known for their amazing technical skills and usage of the berimbolo.

The brothers from Stockton, known for their submission and knockout skills, are undoubtedly two of the most accomplished brothers in MMA. Nick Diaz has beaten great contenders such as  Robbie Lawler, BJ Penn, Paul Daley, and Gleison Tibau. Although his brother Nate has a slightly less impressive record, he holds wins over Conor McGregor, Takanori Gomi, Donald Cerrone, and Jim Miller, while his losses have come at the hands of some of the best MMA fighters such as Rafael Dos Anjos and Benson Henderson.

To not have these brothers on our list would simply be a travesty. Antonio Rogerio “Lil’ Nog” Nogueira, lighter of the Brazilian twins, has become one of the best light heavyweight contenders in MMA. He’s fought and defeated legends such as Kazushi Sakuraba, Alistair Overeem, Dan Henderson, Tito Ortiz, and Rashad Evans. “Minotauro” Rodrigo Nogueira has amassed a record of 34-10, with notable wins over fighters such as Mark Coleman, Heath Herring, Dan Henderson, Mirko “Cro Cop” Filipovic, Sergei Kharitonov, Fabricio Werdum, Josh Barnett, Randy Couture, and Tim Sylvia.

These famous brothers are proof that brothers who grow up fighting and playing together will most certainly follow each other’s career paths as well. Whether a certain brother received more titles than the other, there’s no doubt that these siblings showed equal tenacity and talent in the ring/mats/cage.

The post The Greatest Brothers In Martial Arts appeared first on Jiu-Jitsu Times.