Thanks to Bruce Lee, Royce Gracie close to teaching in Colombia

Luis Carreno loved watching Bruce Lee movies growing up. They influenced him so much, he started practicing traditional martial arts like karate and taekwondo at an early age. When he was in Fort Lauderdale, Florida, he met a friend who trained under Amaury Bitetti. Carreno was invited to take a Jiu-Jitsu class at his garage and from the first class, he was hooked. 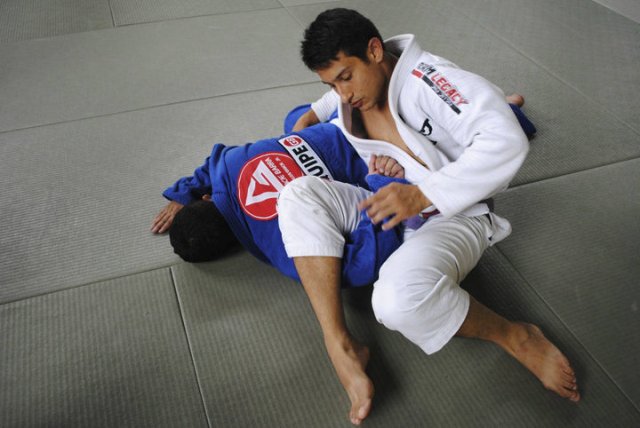 “I trained Jiu-Jitsu for about six months with Bitetti, but he moved back to Brazil, so I stop taking classes for awhile,” Carreno says, “Then I moved to New York City and found Christiano Bertolucci, who is a black belt under professor Paulao Rezende from Minas Gerais.” Carreno is now a purple belt with Team Legacy and has made Jiu-Jitsu his life.

I was a decorated taekwondo player, but I realized I didn’t know anything at all and that I really needed to learn how to defend myself” Luis Carreno

“What I love about Jiu-Jitsu is that it’s proven and effective,” he says, “When I started Jiu-Jitsu, I was a decorated taekwondo player, so I thought I was going to do very well sparring against Jiu-Jitsu competitors. I realized I didn’t know anything at all and that I really needed to learn how to defend myself.”

Carreno says that Jiu-Jitsu offers a myriad of benefits to those who practice it. “I have personally benefited from the art a great deal,” he says, “My health has improved, I can defend myself, therefore I’m a more confident person, I have a positive attitude, and I take life like a champ – never backing out on anything or any situation. I can’t thank Master Carlos and Helio Gracie enough for creating such a powerful art and lifestyle”.

Because of the effect Jiu-Jitsu’s had on his life, Carreno decided he wanted to help introduce the gentle art to the people of Colombia, so they could also benefit from it the same way he has. “I moved to Colombia in late October 2009,” he says, “Ever since, I have been working diligently to help spread the art of Jiu-Jitsu here. I often travel to different cities to give seminars and special classes.” 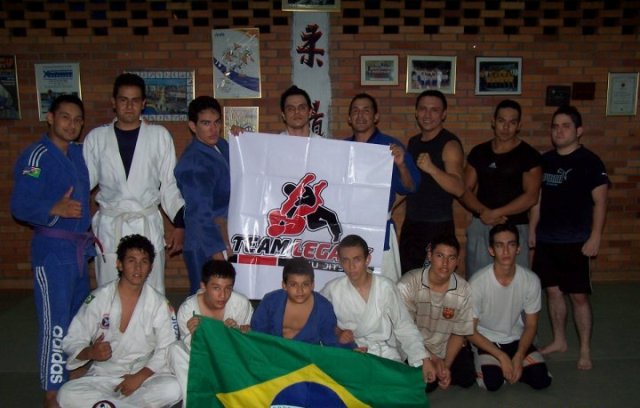 Carreno says his hard work and effort is really paying off. His team has been able to open Team Legacy Jiu-Jitsu (TLJJ) groups in five different cities. He considers this rapid growth. “Our TLJJ groups are still small in relation to the number of students we have, but the spirit of the mission is strong,” he says, “The goal is to close 2010 with six well-established TLJJ groups and we are 100% committed to helping develop the sport here.”

Carreno says Team Legacy is creating Jiu-Jitsu teams that combine the traditional aspects of the art with the modern. “Masters Carlos and Helio used to stress self-defense a lot, so we teach the Jiu-Jitsu created by them,” he says, “We also wanted to allow people to develop themselves as athletes, so we teach competitive Jiu-Jitsu too. We offer both competition training and self-defense to continue the legacy of Carlos and Helio Gracie.”

Recently, Team Legacy threw a Jiu-Jitsu tournament in Cali, Colombia. Carreno says the athletes showed an excellent level of Jiu-Jitsu and good sportsmanship. “We had people come from all over Colombia,” he says, “Team Alliance Ecuador (of professor Fernando Di Pierro) also showed up. The highlight was Gracie Barra Colombia, who had the largest number of competitors. They were great. Team Legacy Jiu-Jitsu also did well and took home seven medals. The tournament was a big success.” 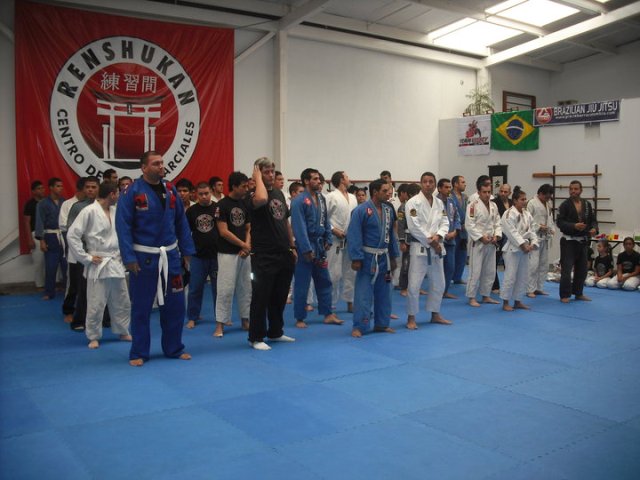 Carreno is working on some other big projects. Team Legacy is currently in negotiations with the legend Royce Gracie to teach a seminar in Colombia in October or November of this year. “He is up for it,” Carreno says, “We are just working on the details. The plan is that everyone who attends the seminar will be given entry to a tournament right after. So, we will provide the seminar, the tournament, and a free t-shirt to all participants. Everyone is invited to attend.” 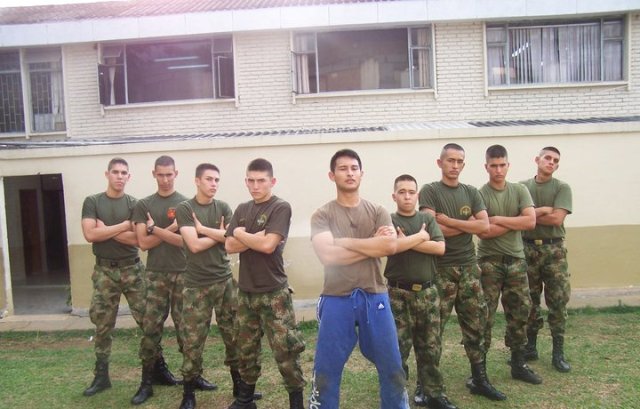 Carreno’s good works don’t stop there. “I started a Foundation called, “Fundacion Arte Suave,” he says, “I teach Jiu-Jitsu to blind kids. Soon I will be starting a class for needy kids as well.” Carreno wants to help children build good character through the art of Jiu-Jitsu.

If you would like to donate to the cause, you may reach Luis Carreno directly at: www.luiscarreno.com or www.teamlegacyjj.com.