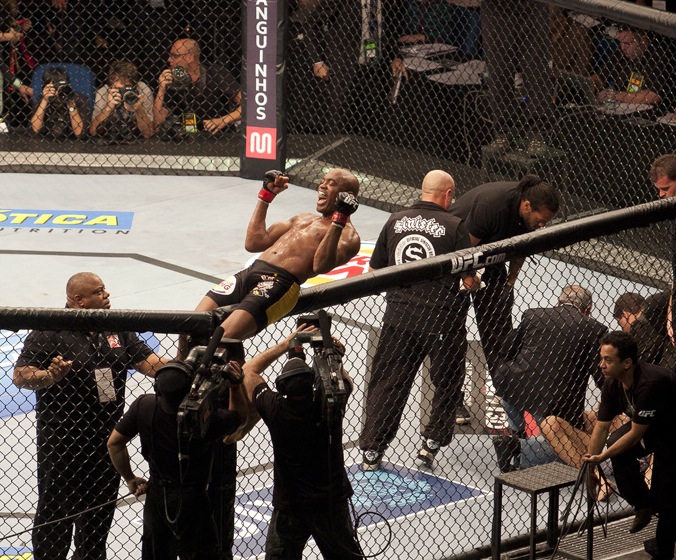 Anderson Silva was a boon to Rede TV! on Saturday. Photo: Gustavo Aragão.

Those who put their money on Brazilian fighters always come out on top. On Saturday night, the Rede TV! network, with its broadcast of UFC Rio, attained the largest audience in its twelve-year history, according to “Folha de São Paulo” columnist Keila Jimenez. According to the journalist, prior Ibope (Brazilian institute of public opinion and statistics) numbers for the 10pm to midnight time slot, when the UFC main card was broadcast, recorded a nine-point audience in São Paulo, taking third place for that time slot – training Globo network (20 points) and Record network (10 points). Each point in greater São Paulo is equivalent to 58 households.

At a number of moment, however, Rede TV! was in second place, with an average of around 11 points, only training behind Globo. But then Anderson Silva entered the scene. During the middleweight champion’s title defense against Yushin Okami, the network took top spot with a colossal 13 points. It is the highest Ibope mark the network has ever reached. The historic record is the equivalent of ten times Rede TV!’s average daily audience – around 1.5 points. Only during comedy show “Pânico na TV” does Rede make it to its highest rating of nine points, on Sundays.