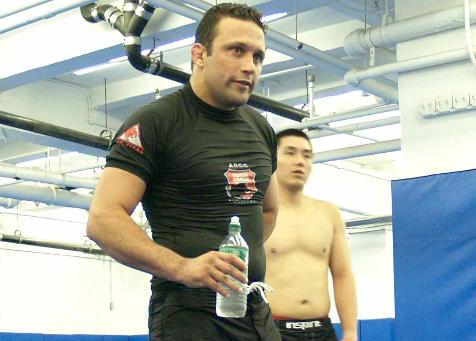 Rashad Evans headlines UFC 108 against Thiago Silva, on January 2nd, in Las Vegas. Both fighters have a lone loss on their records and see the upcoming bout as a stepping stone to challenge for the light heavyweight belt now held by Lyoto Machida. Rashad is a wrestling specialist and has heavy hands, having knocked out strikers of the caliber of Chuck Liddell. For the challenge against Silva, his Jiu-Jitsu, too, will be up to speed, as he has the support of Renzo Gracie.

“Rashad is a really tough guy. I even feel he should fight one division down, at middleweight, because he’s practically my size. But he doesn’t want to hear it; he likes that weight and is on fire. I feel he has a good chance of being division champion again,” Renzo remarks to GRACIEMAG.com.

Nevertheless, the focus is on Thiago Silva, one beast at a time.

“This fight will be tough, because he’s got a really tricky opponent. We worked together on several aspects so he can return to being champion and let’s see how it goes. I can’t wait for him to get in there,” he says.

Should he win, Rashad will be well placed for a shot at the title, which will be decided when Lyoto and Maurício Shogun face off on May 1st. Renzo has nothing but praise for the current champion, but would like to see him against Rashad again.

“There were some technical errors against Lyoto, who is a fantastic guy who breaks all the parameters of how one should fight in there. The longer the fight goes, the better he fights. But Rashad has a chance to face him again and have a good fight,” said the trainer in finishing, who will make his UFC debut at 43 years of age against Matt Hughes, at  UFC 112, in Abu Dhabi.