The American Nationals showcased some great talent last weekend, and Renato Tavares of Renato Tavares Association was no exception. The senior 2 lightweight black belt division had two Gi matches at weight on Saturday. He won the first on points and the second and final contest against Samuel Joseph Yamasaki of Yamasaki Academy by armbar, earning him a gold medal. 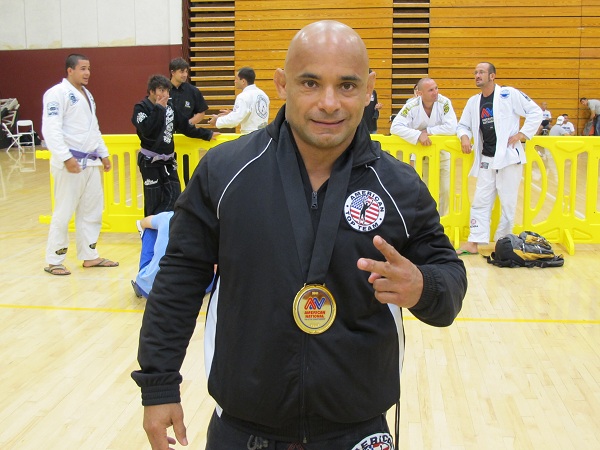 Renato then registered for the open class and had another two matches, there. He won both of them, defeating Mario Devault of Gracie Barra in the final, making him a double gold winner for the day.

On Sunday, Renato came back to compete at weight in the No-Gi tournament. He had just one match and won it on points by 12 – 4. In total, Gi and No-Gi, Renato had five matches at the American Nationals. He says he wanted to do the No-Gi absolute but felt his back wasn’t up to it, so he opted out. 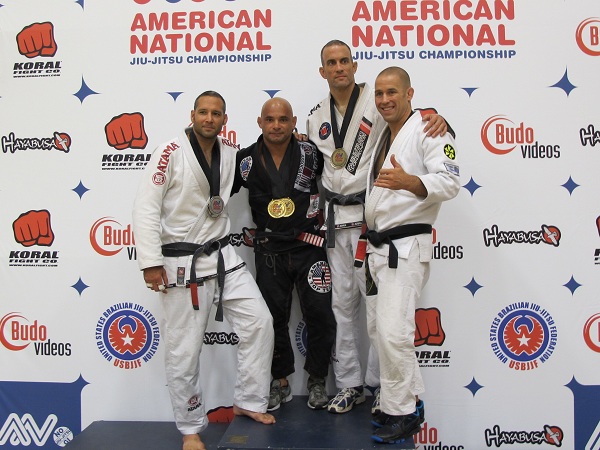 “I compete a lot,” Renato says, “My next tournament will be the Miami Open. I took 22 students there last year. This year I’m going for 50 and I want us to be in the top three. We have a big kids program and we’re winning everything. We’ve only been around the last couple of years.”

Renato does everything he can for his students, and brings in big names, like Rafael Mendes, for example, to do seminars at his school. “I try and get my students better any way I can,” he says, “It helps me, too. It speeds up my game.”

As for Renato personally, the 43-year-old says he pushes himself as much as he can. He is looking forward to competing in the Miami Open and wants to win it. He wants to make 2011 even better than 2009. “In 2009 I won the Pan, the States and the Miami Open. I want to do the same this year.” Renato is off to a good start, already winning the 2011 Pan as a Senior 1 featherweight and now picking up two gold medals at the American Nationals.

Renato will be back in California in November to fight the No-Gi Worlds, where he will be looking to pick up his first gold medal in the event. If you would like to learn more about Renato Tavares and his association, go to: www.rtbjja.com.