Pantoja on fire for WOCS 6

The world keeps on spinning and in MMA yesterday’s opponent can be tomorrow’s opponent. That is the case with Alexandre Pantoja and Willian Viana. Responsible for the only glitch on Pantoja’s record, Viana now trains alongside his former adversary. Pantoja will see action this Saturday at WOCS 6, at Flamengo Football Club, when he faces Ralph Lauren, and William has his money on a good performance from his teammate. 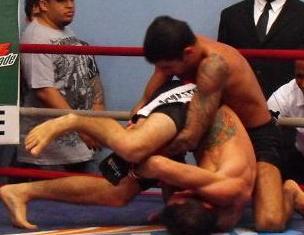 “Pantoja is on fire and ready. His opponent changed, but he doesn’t even care. He said he’ll fight anyone would even move up a weight group to fight. He is waiting on a shot at the Shooto belt and wants to fight as often as possible to keep up the pace,” remarks Willian Viana.

Tickets for WOCS are on sale, including the VIP area, at half cost with a student ID or promotional flyer. Tickets can be purchased at Pozil (Rio Design Barra, Rio Design Leblon), Bibi Sucos Leblon, Academia Nova Geração (Leblon), Energizer Academia (Tijuca), Barra Gym or by telephone (21) 7816-0676 e (21) 7821-6325.

Check out the card for WOCS 6: