On evening of great Jiu-Jitsu, Mondragon beats Samuray in Manaus 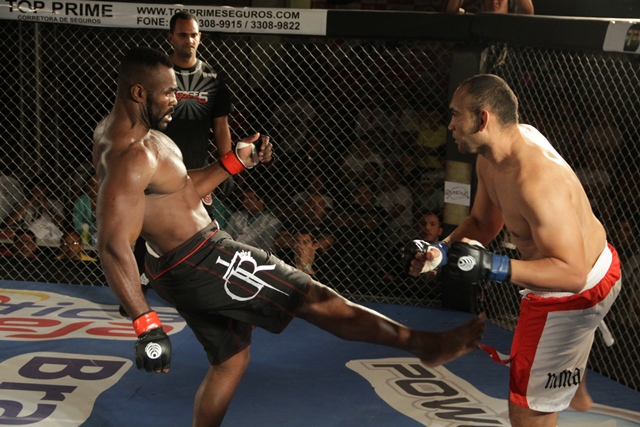 In the evening’s main event, Gêronimo Mondragon served former UFC fighter Antonio Samuray a brutal beating. It was such a bloody battle that Samuray’s corner was forced to throw in the towel in the first round. Mondragon thus hung on to the promotional heavyweight belt and now heads into the next installment of the event to face Nonatão, an Amazonas-state native living in France.

WFE champion and local black belt Adriano Martins remains rampant in MMA, settling his encounter with Márcio Jacarezinho while still in the first round. Adriano showed his Jiu-Jitsu is up to snuff by taking his opponent down and following up with a guillotine from top position. Fight Agency, the company promoting the event, announced Martins should be given a shot at the lightweight title soon.

Natal native Gasparzinho redeemed himself in Manaus following his loss in Salvador to Orleans Smith on the 17th of last month. He ended the bout with a kneebar in the first round.

Now Michel Sassarito is still going strong in the 70kg division, having fended off Allan Ferreira’s takedown attempts, using his greater reach to win the standing fight and force Ferreira to give up in the third round.