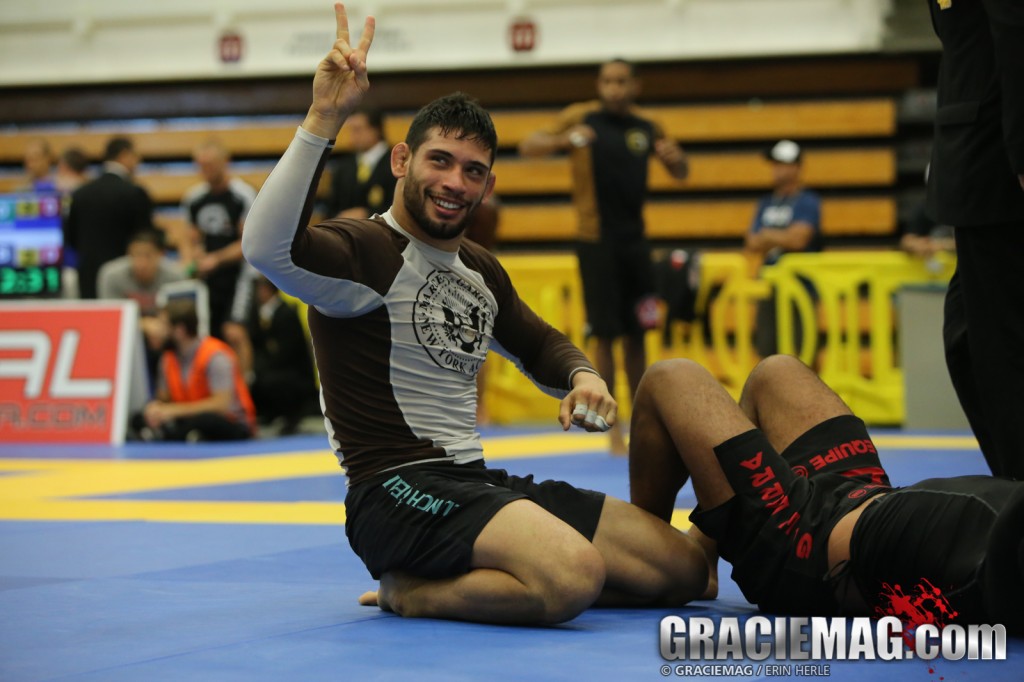 Matheus Diniz when he was a brown belt Photo: Erin Herle

Day 2 of the 2015 New York Summer Open was the setting for the No-Gi divisions.

Matheus Diniz repeated the double gold campaign he had on Saturday in the gi division to become the biggest name of the weekend.

This Sunday he beat Neiman Gracie for the heavyweight gold medal and then Matheus defeated Gilbert Burns 7-2 with a sweep, a guard pass and a knee on the belly for the open class title.

Watch Diniz vs. Gracie in the heavyweight division.

In the teams competition, once again Alliance topped the rankings with 164 pts. against Gracie Tampa South (34 pts.) and GF Team (33 pts.).

For the full results, go to ibjjf,com.