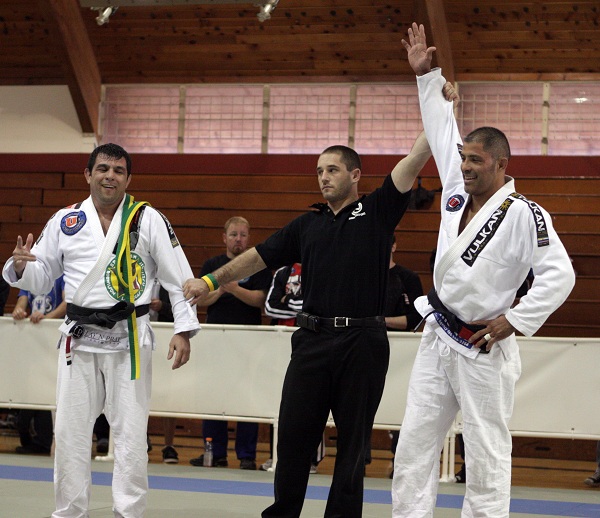 The weekend of December 3 and 4, 2011 was a memorable one for the Nova União team in the United States, as the inaugural Nova União Invitational, a two-day tournament open only to NU schools, gathered 85 competitors in a very friendly atmosphere. Competitors of all belts fought their hearts out displayed tremendous attitude. The highlight of the tournament was the senior 1 black belt match where Paul Nava (AZ) defeated Rod Wilson (NV) by 2 to 0. 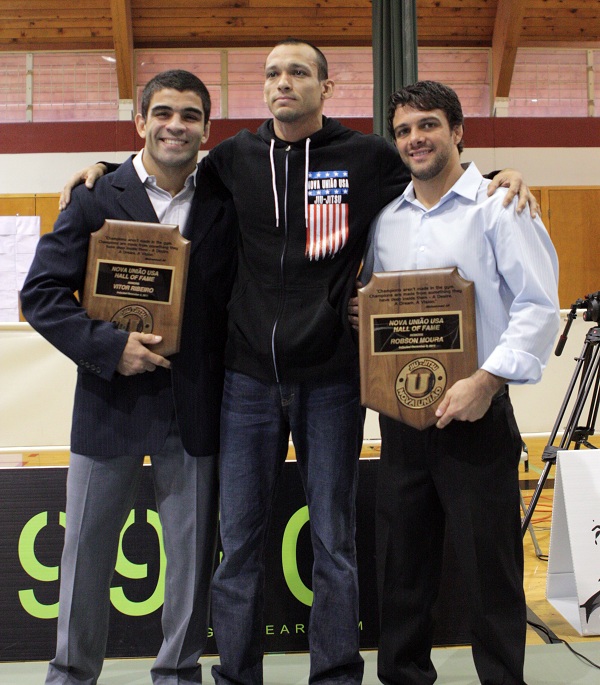 During the tournament, Gustavo Dantas inducted the team’s two greatest IBJJF champions, Robson Moura and Vitor “Shaolin”, into the Nova União USA Hall of Fame. “Besides the fact that they are my favorite Jiu-Jitsu competitors to watch, they are also personal friends. So it was very emotional for me to have them here supporting the event and seeing how my hard work is paying off.”

On Sunday, 90 lucky attendees participated in the Fusion Seminar with Robson Moura, Vitor “Shaolin” and Gustavo Dantas. “It was a great event overall. We are producing a DVD from the event, which will include 26 final matches from the NU Invitational, the Hall of Fame Ceremony, and the Seminar. Bonus features with more advanced positions, behind-the-scenes footage and more will be available.”

Check out the full results at novauniao.com.
Check out what Dantas had to say about the 1st Nova União Invitational:
http://www.youtube.com/watch?v=IA4cH3nvTBM