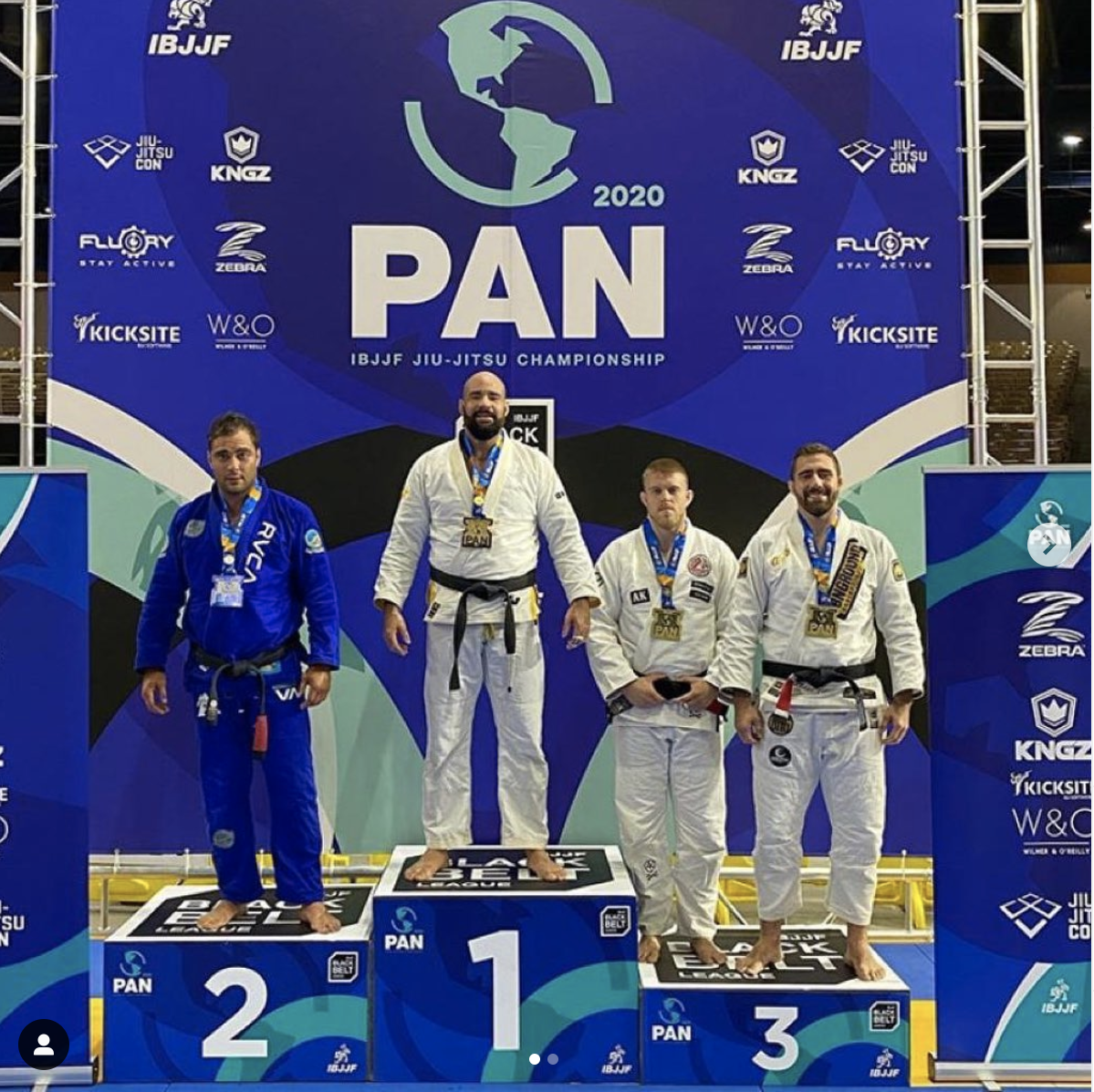 GFTeam’s Max Gimenis is happy with his recent achievements, both on and off the mat. First he triumphed at the 2020 IBJJF Pan in the ultraheavyweight division, beating Luiz Panza (Checkmat) by 11 to 0 on points. The title was then joined by some great news: that Max would become a dad.

“It was all really incredible,” Max said in a recent interview. “I fought well at the Pan, I beat tough opponents and I outdid myself so that everything could work out. I’m very happy to win another medal and even more to know that I’m going to be a father — this made me more motivated for everything. Now I fight not only for myself, but also for my family and now my son. I’m hungry for victory!”

He continued: “The main difference for me to win the title was my physical preparation. Currently, I am living in the United States, I teach at a gym, and lately my training wasn’t too intense, due to the fact that I train with my own students. But now I’ve managed to align my training with an experienced group, which is helping me a lot. In my view, having the physical side taken care of made a difference. I am adapting and evolving, with the help of my physical trainer.”

His opponent in the final, Luiz Panza, had gotten there with two quick wins — one by armbar and one by foot lock. Here’s how Max said he stopped Panza: “I was able to connect my best positions in this fight. I knew about Panza’s finishing potential, so I played aggressively the whole time. First, I was able to sweep from the omoplata and from then on I had a guard pass, knee on belly and a back-take. I managed, for real, to let my game loose. The detail consisted of moving forward the whole time.”

On his plans for the near future, Max said, “I’m training a lot in MMA — in fact, much more than jiu-jitsu. I’m still training with a small team, but there’s a great chance I’ll be migrating to MMA soon. Next year I want to do a fight — I’m curious to experience that.