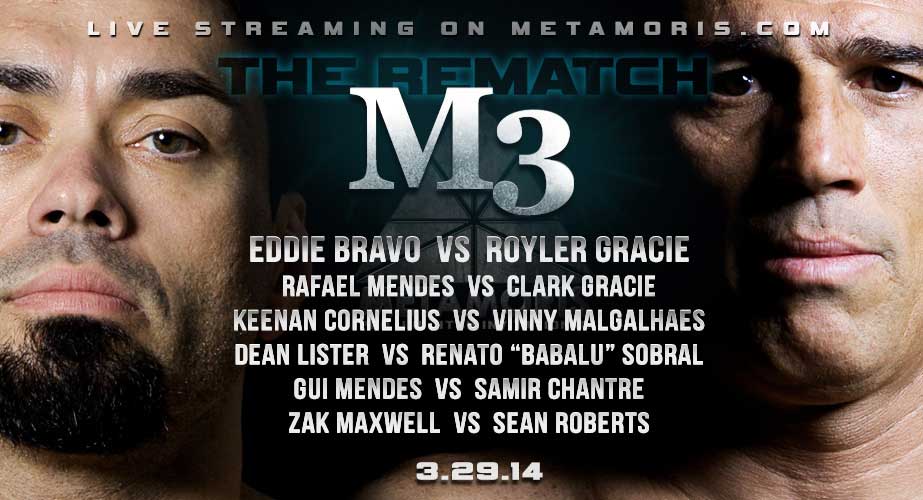 On March 29 at the Peterson Automotive Museum Special Event Deck in Los Angeles, the third edition of Metamoris will show six superfights. The matches are submission-only with twenty-minute time limits.

Matches are as follows:

Commentators for this edition are Kenny Florian and Jeff Glover.

The post Metamoris III is set for March 29 with six submission-only superfights in LA first appeared on Graciemag.