After six years representing Gracie Barra’s colors, Mário Reis, 31, opted to switch sides to Alliance. The reason, as he explained to GRACIEMAG.com by telephone from his home in Porto Alegre, is his desire to get to know how things are at the São Paulo-based academy, which he feels could make him all the stronger for upcoming gi competitions.

“I’ve been making it to the podium at the biggest IBJJF competitions ever since 1999 without fail, but I feel it’s about time for the next big leap in my career, and what I want most is to recover my post of being number one. At the last Worlds, I feel I lost to Rafael Mendes on a trifle, in a great match, and I want to intensify my focus on competition,” said Mário, this year’s gold medalist and a two-time world champion (2003/2004).

Speaking kindly of and thankful to Carlos Gracie Jr. and Marcio Feitosa, “for all they have done for me,” the featherweight also had words of praise for Gracie Barra’s champions, but lamented the fact it was impossible to always have them together on the same mat.

“The guys at Gracie Barra are strong as ever but they’re spread out all around the place, and I feel the need to be at an academy where it’s competition time all the time. I fulfilled a dream by competing for Gracie Barra and training with guys like Marcio Feitosa, Bráulio Estima, Roger Gracie, Rômulo Barral, Phillipe Furão, Lucio Lagarto, Jefferson Moura, Victor Estima, Otávio Sousa and so many other people,” he listed. 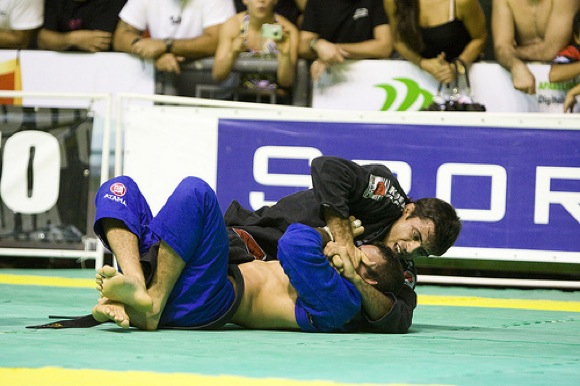 “The guys are awesome. But it’s becoming harder and harder for everyone to train together, and in São Paulo I feel I can find that. I want to focus on championships, and it will be a new phase for me; I feel this is what I need at this stage in my career. I’ve been at the top tier ever since 1999, and I feel spending time with Gurgel and the group at Alliance will put me back at the top,” explained Reis, who will be dividing his training between São Paulo and Porto Alegre.

“I’m grateful to GB for the kindness and support; I have no complaints about anyone there, but I hope they understand that this is something I need to do. I’m looking at my Gracie Barra gi and feel like I’m part of the family, but unfortunately time has come for me to be honest with myself and fully focus on competition,” said Mário in closing.