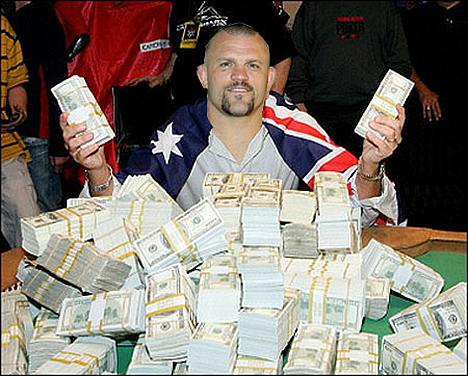 Wednesday brought a lot of news from the Ultimate Fighting Championship, as the promotion’s president, Dana White, would announce one day earlier. The press conference for the January 2 UFC 125 show was held in Las Vegas.

Check out the big news revealed at the presser:

UFC Hall of Famer Chuck Liddell hung up his gloves after losing five of his last six fights. The fighter now occupies an executive post in the organization.

“I love this sport and I’m ready for this new stage in my career,” says the fighter, bidding farewell to the Octagon, with a record of twenty-one wins and eight losses.

Cain out for eight months

The current UFC heavyweight champion will likely stay on the sidelines for eight months, postponing his title defense against Junior Cigano. Cain suffered an injury to his right shoulder during the fight that earned him his title, against Brock Lesnar at UFC 121. In the meantime, Cigano is not likely to wait. According to his manager Ed Soares, the Brazilian should thus have one fight before getting a shot at Cain.

Rumors swirled that Brock Lesnar would return to the WWE fold, where he had a successful career as a pro wrestler before joining the UFC.

“Not going to happen. He can’t leave the UFC, he’s under contract,” says Dana White, putting an end to the subject.

Not having fought since May 2010 and coming off two losses, Luis “Banha”, who had a promising start in the UFC, returns to the Octagon against Czechoslovakia’s Karlos Vemola, who holds a record of eight wins and just one loss. The fight is set for the March 19 UFC 128 show in New Jersey. Check out how the card is shaping up: