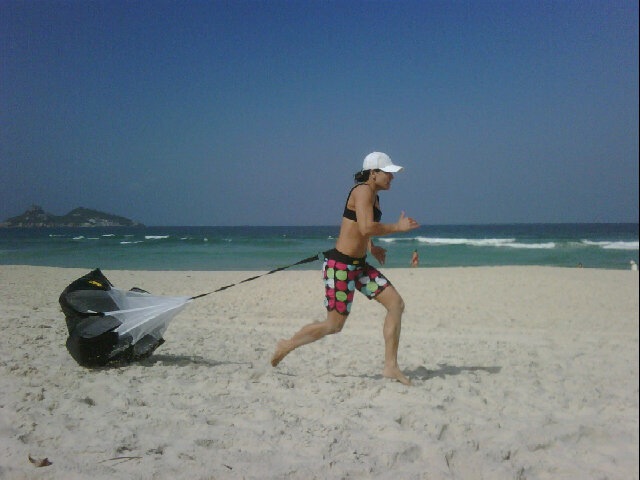 Following a week’s training with the Mendes brothers and crew at Atos in São Paulo, Kyra Gracie is back in her natural habitat, Rio de Janeiro, to continue with her prep work for ADCC 2011, the most prestigious grappling tournament to be held this year in Nottingham, England, in late September.

During her week of training in São Paulo, Kyra shared some posture tricks and other details with the folks at Atos and had the chance to absorb special takedown knowledge from Claudio Calasans, as well as Mendes bros specialties like guard passing and the finer details of the “leg drag,” among other facets of No-Gi Jiu-Jitsu. Next week she will be back training at Calasans’s academy.

In the meantime, Kyra is staying focused on conditioning work – even while at the beach. As you can see in the photo the black belt posted on Twitter, the Gracie is dead set on firing on all cylinders when she gets to ADCC 2011.